By Mighty_Sagacious (self media writer) | 1 year ago 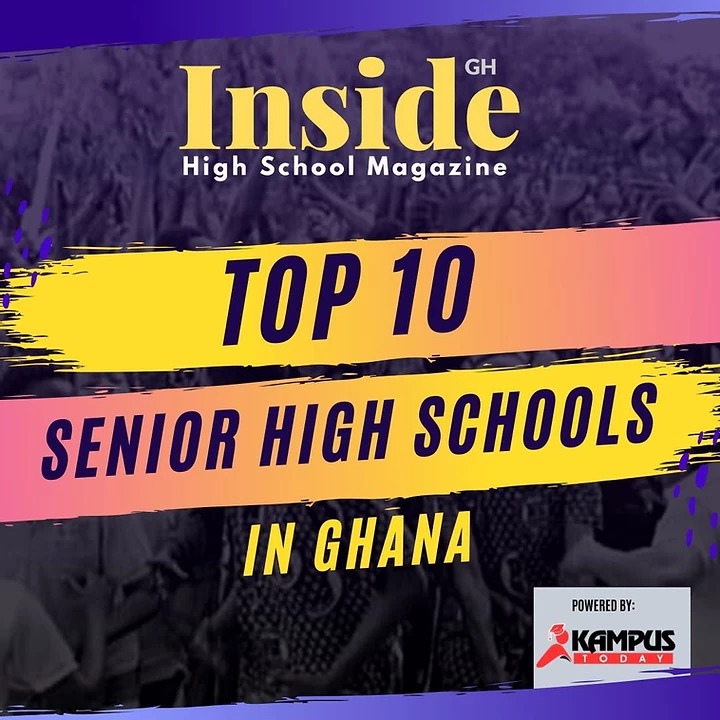 Most Senior High Schools making the top 10 remain intact but for Rev. John Teye Memorial School who secured a 80% pass rate this year to clinch tenth place. It is the only private school to make the top 10 this year. Galaxy International School is the next best private school in Ghana clinching 16th place with an average pass rate of 77.46%

Wesely Girls High School still leads the pack of top all girls schools, closely followed by Holy Child College. In 2017, Holico had a pass rate of 90.69% to Wesely Girls’ 86.86%. At this rate, Holy Child College will surpass Wesely Girls High School as the best girls’ school in the next few years. Saint Roses SHS, St. Louis SHS and Aburi Girls are the remaining all girls schools in the top 20 list.

St. James Seminary Senior High Schools comes out on top again this year. This little known school located in the Brong-Ahafo Region have been able to maintain top spot over the past five years. They topped last year’s list with a whooping 98.80% of average passes over the past five years. In 2017 Out of 267 students presented, 261 were eligible for University Education.

St. James Senior High is followed closely by St. Francis Xavier Junior Seminary from the Upper West Region of Ghana. In recent times this school has garnered praise for their academic prowess. They have also placed consistently in the top five schools for the last few years. They came up an average pass rate of 94.97%. In the last academic year,out of the 77 students presented 75 were eligible for University Education.

The third spot is taken by Opoku Ware Senior High School popularly known as ‘’OWASS’’. l Located in Fankyenebra, near Santasi in the Ashanti Region, the school leads the Ashanti Region cohort of top schools. In 2017, out of 866 students presented, 739 qualified for University education.

That have scored an impressive 85.33% of average passes over the past five years.

The ‘’almighWey Gey Hey’’ make it to the fourth on the list. Often regarded as the best school in the country, the all-girls school from Cape Coast have consistently made it to the top five schools over the past decade. Aside being an academic power house, they are known for their stellar discipline. Out of 428 students presented in 2017, 371 were eligible for university education. This represents a commendable 88.23% average pass rate over the past five years.

Another all-girl school from Cape Coast follows closely in fifth place. In 2017, Holy Child Senior High School presented 419 students out of which 380 qualified for admission into the university in 2017. They also came up fifth in the year 2016. With an average pass of 87.53% over the past five years, they are the second-best ranked girls’ school in the country.

The famous ’zebra boys’ came sixth on the list with an average percentage pass of 86.31 over the past five years. Out of 809 students presented in 2017, 674 qualified for admission to the University. Consistently ranked among the best Senior High Schools, it is worth mentioning that Adisadel College was ranked 10th out of the top 100 best high schools in Africa by Africa Almanac in 2003, based on quality of education, student engagement, strength and activities of alumni, school profile, internet and news visibility.

Popularly referred to as ‘’PERSCO’’, St. Peter’s SHS comes in 7th overall with an average pass of 84.81% over the past five years. Located in the town of Nkwatia Kwahu on the Kwahu Ridge and arguably the best school in the Eastern Region, they had 375 students qualifying for University Education out of the 452 in the year 2017.

Another top school from the Central Region of Ghana, the boys in green placed 8th in the recent ranking with an average percent passes of 83.06 over the past five years. Out of 666 students registered, 566 qualified for admission into the tertiary level in 2017.

The only Private School among the top ten, Rev. John Teye Memorial Institute comes in a respectable ninth with 40 students having qualified for the university education out of the 50 registered .The school, which is located in Ofankor came up with an average percentage pass of 81.96 over the past five years.

Located in the Upper East Region of Ghana, Notre Dame SHS has greatly improved over the last few years. They make the top ten list with an of average pass percentage of 81.64% over the past five years. Out of 136 students registered in 2017, 126 qualified for placement in a university.

Content created and supplied by: Mighty_Sagacious (via Opera News )

Young Lady Posted Video Online And This Is What People Notice

Is Your School Among The Top 20 Senior High Schools In Ghana? Check Out The List