By Kingvision (self media writer) | 1 month ago 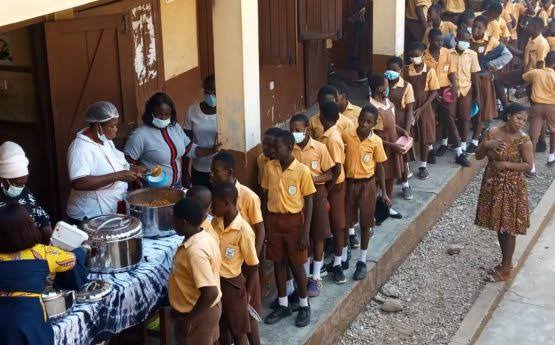 The School Feeding Caterers Association has announced that, due to a lack of money, the provision of meals to beneficiaries has been halted with immediate effect.

The government, according to the dissatisfied caterers, has neglected to increase the grants provided to them in order to administer the programme.

The caterers want the feeding charge raised to 3 cedis each pupil from the existing 97 pesewas.

Juliana Cudjoe, President of the Caterers Association, expressed her dissatisfaction and urged on government to address the situation as soon as possible in an interview with Ayisha Ibrahim on News Desk on Monday. 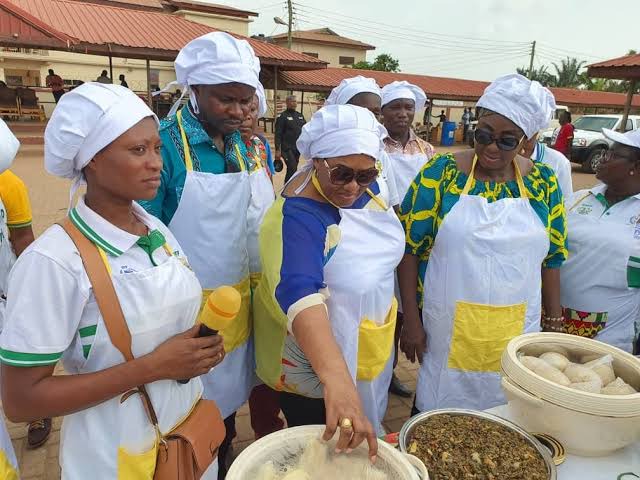 However, Juliana Cudjoe explained why the Association has declined to prepare for the students pending the outcome of the meeting."Most of the caterers don’t have money, and today, we’re going to meet them at the Secretariat. So whatever comes from there, we will let you know. We don’t have a choice”.

Siibi Alpha, the Public Relations Officer of the School Feeding Secretariat, expressed surprise at the situation in response to these concerns. 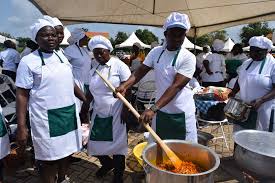 “This has come to us as a shock. Because we knew that, at least they’ll go and cook all along. So if they’re telling us that, that’s their stance that they’ll not go and cook, Management will also take a decision on what to do next in terms of at least trying to convince them to rescind their decision, and then trying to put contingency measures to also avert the [situation]”, he said.

Juliana Cudjoe, the Association's Chairperson, previously told JoyNews that they are losing a lot of money by cooking hot meals for the kids with the existing funding amount.

“We are not going to cook until we hear something from them. We need our payment, and we want an increment too. So, we will not cook on Monday”, she said.

Meanwhile, the School Feeding Secretariat has pledged to look into their complaints and has called the Association's leadership to a meeting on Monday.

“They have made their demands. So, the Ministry of Gender, Children and Social Protection and the School Feeding Management will develop a comprehensive statement on that”.

This latest development follows the announcement last week by the Management of the Ghana School Feeding Programme (GSFP) that the resumption of culinary services in all beneficiary schools will begin on May 16.

A notice published on May 9 stated that the caterers would be paid for the third term of the 2021 academic year as well as other arrears in due course.

Cecilia Abena Dapaah, the temporary Gender Minister, announced the suspension of the Programme on March 2, 2022, in order to allow caterers' debts to be settled.

“Mr. Speaker, currently the expansion of the programme is on hold. However, we are clearing all arrears of caterers and putting measures to ensure effective and efficient service delivery to all beneficiary schools and the caterers.We are also putting in place a management information system to enhance the efficiency and effectiveness of the system. We shall surely inform this august House when we are ready to expand the programme to cover additional schools”, she said. 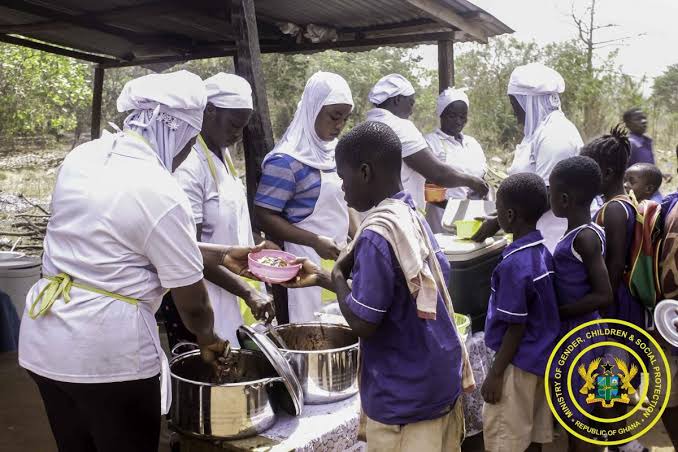 In December of last year, the Minister stated that arrears owing to Ghana School Feeding Programme (GSFP) caterers will be resolved as soon as possible.

She stated that all of the essential data and numbers had been compiled and submitted to the Controller and Accountant General for the release of money to pay the caterers.

Mrs. Dapaah stated this while fielding questions during the Ministry of Gender's turn at the Meet the Press series on December 5, 2021 in Accra.

“When it comes to the School Feeding payment – we have the last lot of arrears to pay. However, we know the figure we’ve put in, and it’s at the Controller … so we hope to get it very soon,” she noted.

Content created and supplied by: Kingvision (via Opera News )