Is it right to teach school kids with a weapon around? Argument arises as soldier takes gun to class

By the_Kelvin_guy (self meida writer) | 9 days

Education is a very key factor in ensuring a very fruitful and a productive future in the lives of people. For this reason, the United Nations even made it a point to include the factor of education in their millennium development goals. The United Nations recognized that as many as 57 million children of school age didn't have the opportunity to step foot in classrooms let alone be taught something which would help them in their lives in the near future.

This shows no fairness to such kids and for that matter, the United Nations decided to place education as their millennium development goal number 2. The UN millennium development goal number 2 stated categorically that every child irrespective of the fact that the child is a boy or girl, must be educated by the year 2015. We are six years away from the scheduled year but unfortunately, there are many kids yet to access education.

Fast-forward, let me take you straight to the core focus of this article. Some pictures of a military man teaching school kids surfaced on the web and has started a controversy. The location at which these pictures were taken still remains undisclosed but many people are alleging this picture was taken in Guinea after the teachers refused to teach. Once again, it is alleged and not proven yet. One may say this is very cool since the military man is imparting knowledge to the kids but looking beyond that has sparked a controversy. 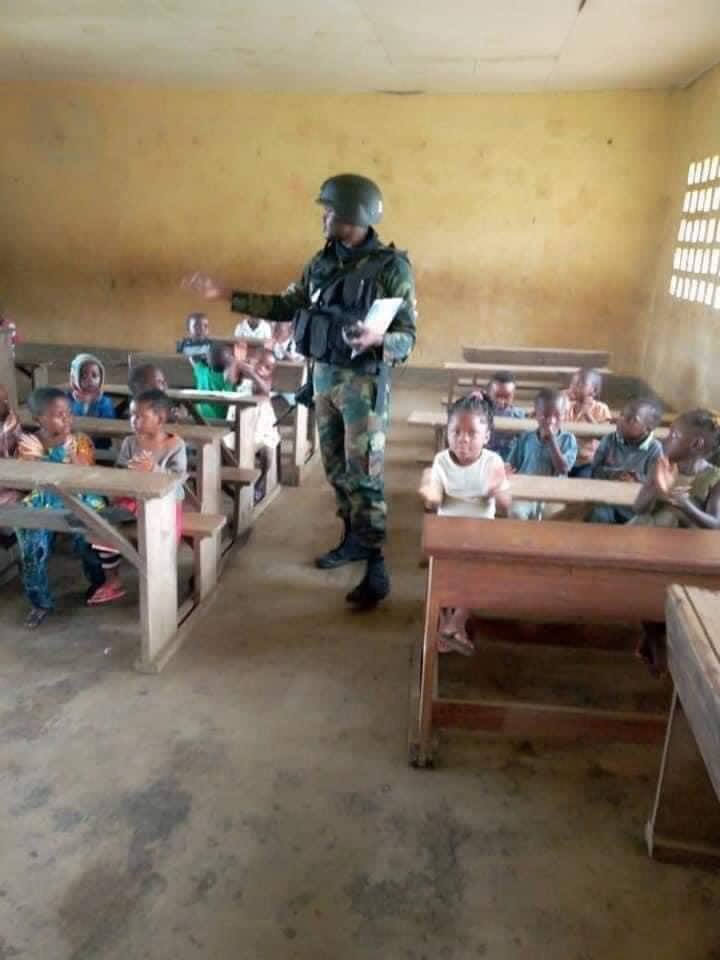 Why would you teach kids which your weapon around you? In as much as you are trying to pass on knowledge to these kids, you must also ensure that their safety is taken into consideration. Mistakes do happen and who knows? The weapon happens to be a machine and not all machines are 100% effective just like we were taught in the physics class. We may be talking about a whole different story other than education if these guns ended up causing harm to the kids. 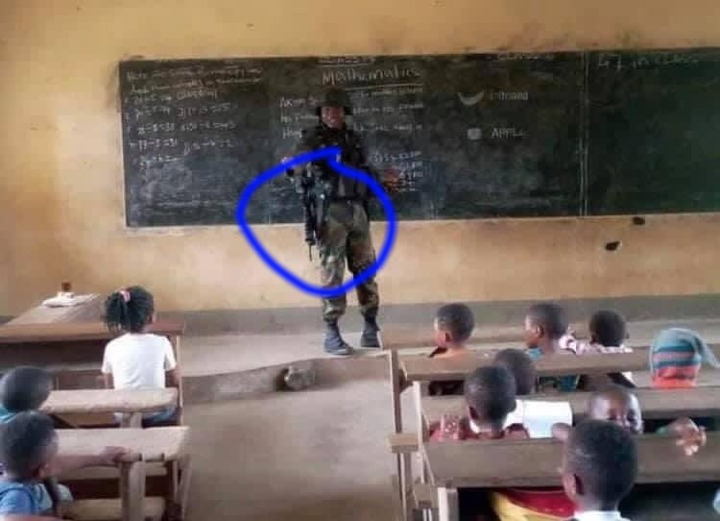 These pictures have started an argument. There are two parties with one of them talking about there being no harm to be caused since no military man would load his gun before moving to teach the kids. They claim there were no bullets and therefore, there was nothing to worry about. 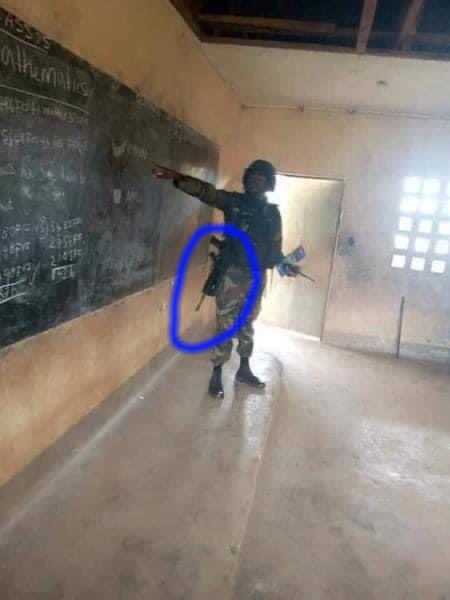 The next set of people are talking about the fact that it doesn't matter if the gun was loaded or not. Anything could happen and even, putting disaster aside, there is nothing these kids were learning since the sight of such a weapon had put fear in them.

I do agree with the second set, how do you expect me to listen to you when there is a deadly weapon around? There was no need taking a weapon to class, that is unacceptable. I don't know what you think about such an issue but never hesitate making your thoughts known in the comment section.