PRESEC, Legon Come From Behind To ‘Beat’ Prempeh College To Win NSMQ 2022 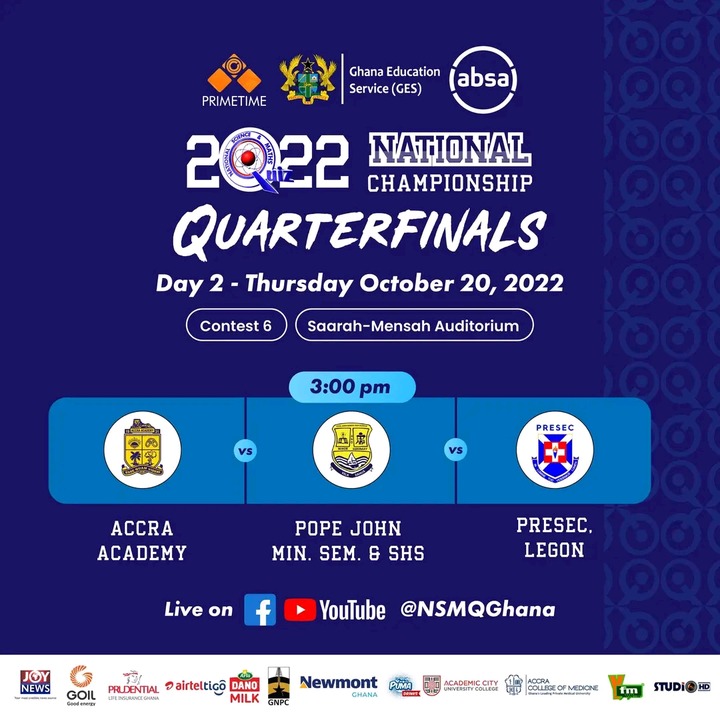 The finals of the 2022 National Science and Maths Quiz came off today in Kumasi in the Great Hall at the Kwame Nkrumah University of Science and Technology. The contest which started with over 100 schools came down to only 3 schools competing for the grand prize. The 3 school included PRESEC, Legon, Prempeh College and Adisadel College. Everyone knew it will be a tight competition and indeed it was. 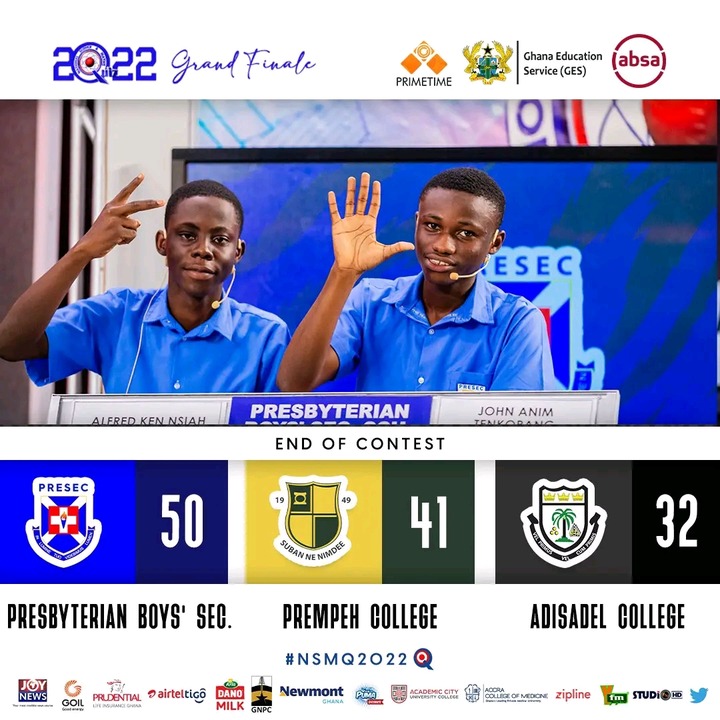 Prempeh and PRESEC once again came on tops in the third round which was the Problem of the Day. The Fourth Round proved dicey with all schools being cautious in order not to lose a point as the game was tight then. In that round Adisadel managed to gain some points but this was not enough for them to catch up with their other 2 competitors.

Round 5 proved the deciding factor as Prempeh went into the round leading the contest. Surprisingly, PRESEC proved that they are 7 a living God by snatching a number of riddles to the amazement of all. The boys from PRESEC complexly overturned the game and came out tops. With even a riddle to spare everyone knew that PRESEC had clinched their 7th trophy. 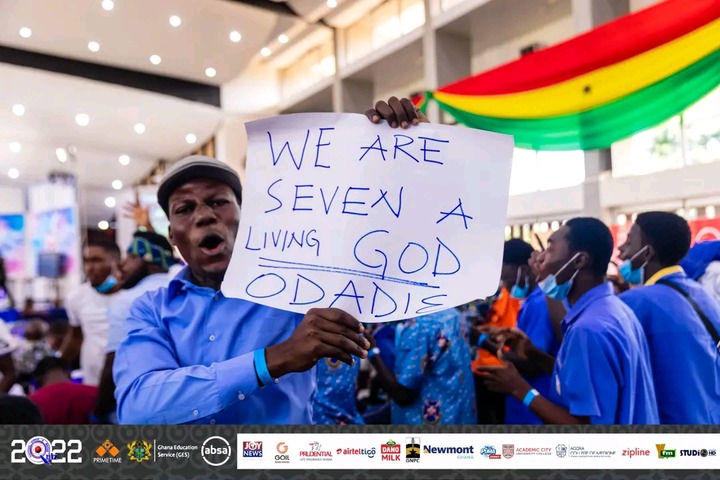 At the end PRESEC had 50 points, 41 points for Prempeh College and Adisadel managing 32 points. This victory will be a sweet revenge for the Madina boys who were defeated last year by Prempeh College. This was the 4th consecutive final for the PRESEC Boys and they made it count by winning their 7th trophy. The trophy thus returns to the 2020 champions.