Prempeh is in tears and Presec is in 7th heaven winning the NSMQ trophy; it's a record

By Bronzeman (self media writer) | 3 months ago 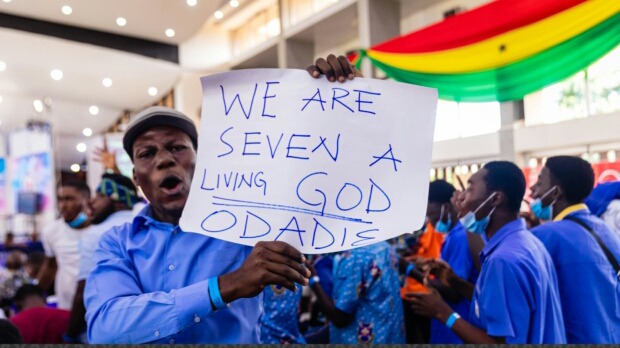 Presbyterian Boys Secondary School (PRESEC), which has its headquarters in Legon, claimed a record-breaking seventh National Science and Maths Quiz (NSMQ) trophy as students, old boys, and other supporters chanted, "We are still'seven' a living God."

Prempeh College's threats to match two of the boys' records in a single swing were successfully repelled by the boys.

The Legon brothers fought valiantly for everything that was at stake. They came, they looked, and they took control. With two more trophies than Prempeh College, who attempted to overtake them, they have maintained their unblemished record of victories following back-to-back victories.

The Kumasi-based challengers were humiliated on their own turf, left in tears, and had the host and victory chants muffled. Presec breaks the dreams of its rivals by returning the trophy to Accra, the country's capital.

After a three-year trophy drought for Cape Coast, which has so many trophies and is currently second only to Accra in total number of trophies, Adisadel College likewise failed in their attempt to reclaim the trophy.

All of the schools missed the first two rounds of questions, which made the competition as competitive as it could be. Then Prempeh College gained momentum, controlling the match up until the very last second.

The match was close throughout, despite the disparity at the finish leading people who weren't watching to believe Presec Legon had an easy day.

Elsie Effah Kaufmann, the quiz mistress, congratulated them and said, "You did it."

The Presec boys take the delicious troopy and cash to their credit, and there is great celebration. All we can do is wish the remaining contestants luck for the upcoming quiz; who knows, maybe they'll win.