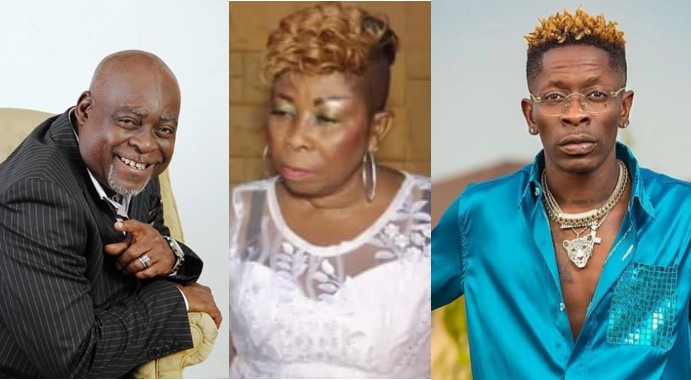 Shatta Wale's mother, Madam Elsie Avemegah, has stated that she cannot be stopped from marrying renowned actor Kofi Adjorlolo despite his efforts. When the seasoned actor and Shatta Mama, as the woman is known lovingly, disclosed their relationship and plans to announce their impending nuptials, many people were astonished.

Kofi Adjorlolo and his new love, Shatta Mama, told Hotfmghana.com that they were "really in love" and that they would soon announce the time of their wedding. Both Shatta Mama and the illustrious actor are in their 60s. Kofi Adjorlolo, who has two children and has appeared in more than a hundred Ghanaian and Nigerian movies, lost his wife, Charity Nyarko, in 2011.

Shatta Mama, the ex-wife of Shatta Capo, the father of Shatta Wale, is also the mother of three children, one of which is the well-known musician. Adjorlolo's two kids have already given him the go-ahead to wed any woman he wants.

However, since since the news of their marriage went viral, a lot of entertainment experts and a segment of the public have been debating whether Shatta Wale will allow his mother to remarry.

Renowned entertainment writer Reagan Mends, who also serves as Shatta Mama's publicist, responded to this on Peace FM's "Entertainment Review" program on Tuesday. She said: People have been curious about whether Shatta Wale would permit the mother to wed Kofi Adjorlolo ever since the news went public. Well, when I spoke to her (Shatta Mama) this morning, she said that nobody could stop her from getting married to anybody she wanted.

As stated by Reagan Mends, "She questioned why Shatta Wale would tell her who she should marry. Because he (Shatta Wale) doesn't look after her and doesn't even know where she lives, he can't stop her from marrying Adjorlolo, so why would he even want to interfere with her personal life?"