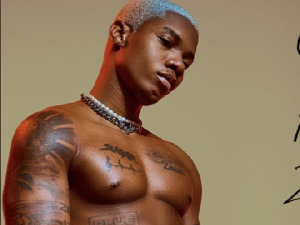 Dennis Nana Dwamena, better known by his stage as KiDi, has voiced concern over the frequency of threats made against his family ever since his old, offensive tweets started to circulate again on social media.

Trolls have targeted some celebrities in the entertainment industry, including TV host Delay, actors John Dumelo, Yvonne Nelson, and Jackie Appiah. Although the "remorseful" KiDi has acknowledged his mistakes, the "Touch it" hitmaker claimed that some people don't seem to care about his apology.

KiDi talked about how many people are trying to get rid of him. KiDi said some individuals are now going after his family members.It has been four or five days, and my entire family is still in danger. Even those who are unrelated to the crisis are receiving criticism. Dealing with the sweets is challenging. He said on HitzFM, "It's heartbreaking to see that there are people who don't care about your regrets or even who you were ten years ago.

The Lynx Entertainment signee explained that he didn't remove the tweets since he had even forgotten about them. "Honestly, I can't even recall some of the tweets. It's not like I was careless. There is no excuse for what I did, which was dreadful. To get to where we are, we had to endure a great deal. We had to unlearn a lot of things that we grew up with and relearn the good ones,” he added.