The son of the renowned man of God by name Duncan Williams has caught the hearts of Ghanaians on facebook as he has released his marvellous dancing skills. Netizens could not but praise him as he reveals the fat that he has possessed the moves that could make him a star. 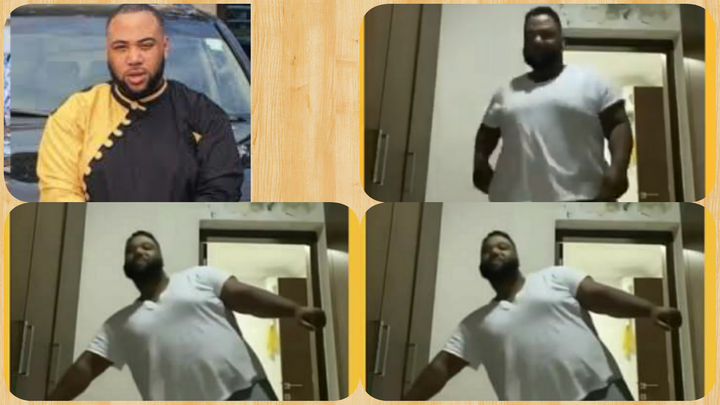 The son of Duncan Williams can be seen in a white shirt with a short pant to match. His gigantic moves was much adored by many, as some wish to be able to exercise their dancing skills as he has done.

Adam, in his comments with to have such dancing skills as the son of the renowned man of God, Duncan Williams. He confesses that despite his structure, he is unable to make such dance moves.

Dzifa believes that he has no problem at all, and another facebook user wonders why the dance moves of someone would raise a concern.

Tyron has encouraged him to enjoy his life, and Doreen asked whether he ever plays gospel music because the music he was dancing to was a circular music.

Kobby seems to speak to those criticising him and even the blogger that reposted the vide6, asking whether the son of Duncan Williams is supposed to cry to entice him.

Kissi has attributed his dance moves to an anointing oil and wishes that he can purchase some and dance as him.

Ofori Isaac made a reference to parenting, stating that it is not an easy thing. Stephen Edem has released a heavy prophecy over him, making it known that he is been prepared for greater works int the last days.

As the son of a popular pastor, most individuals would be willing to see him singing gospel songs, preaching the gospel and helping others, but they find it hard to believe when he comes out to perform acts that they do not expect of him.

Do you think that there was something wrong with the dance skills?