Shatta Wale Is A Liar, According To The CEO Of The 3Music Awards.

By Juniornews7 (self media writer) | 3 months ago 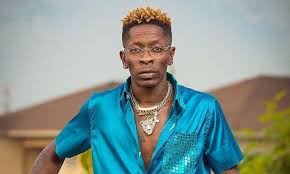 Sadiq Abdulai Abu, the CEO of 3Music Awards, claims that Shatta Wale's credibility has waned over the years, and that anything he says should be dismissed. Sadiq's remarks follow his recent disagreement with Shatta Wale, who claimed that 11 accolades he received at the 2019 3Music Awards were rigged in his favor and not based on merit.

Shatta Wale was accused of sponsoring the 3Music awards system with GHC100,000 in exchange for 11 plaques, among other charges. Despite Sadiq's denials, there have been fears that the allegations could damage his reputation and brand image.

In an interview with Graphic Showbiz, Sadiq addressed the issue, saying: “Anything Shatta Wale says should not be taken seriously because it is all false.

First and foremost, I never gave him 11 awards because of my disagreements with Sarkodie and Stonebwoy. Second, Shatta Wale has never handed me any money in the amount of GH100,000. Shatta Wale will never pay me to organize an award ceremony.

Shatta Wale is the type of person who will fight anyone who tries to overshadow him. Consider what he said about Stonebwoy, Samini, and Sarkodie while they were feuding.

Unprintable insults were hurled at Charterhouse and his son's mother by the same person. Why should I be concerned about someone who would destroy you?”.

Content created and supplied by: Juniornews7 (via Opera News )