By KhobbyTunesMedia (self media writer) | 11 months ago 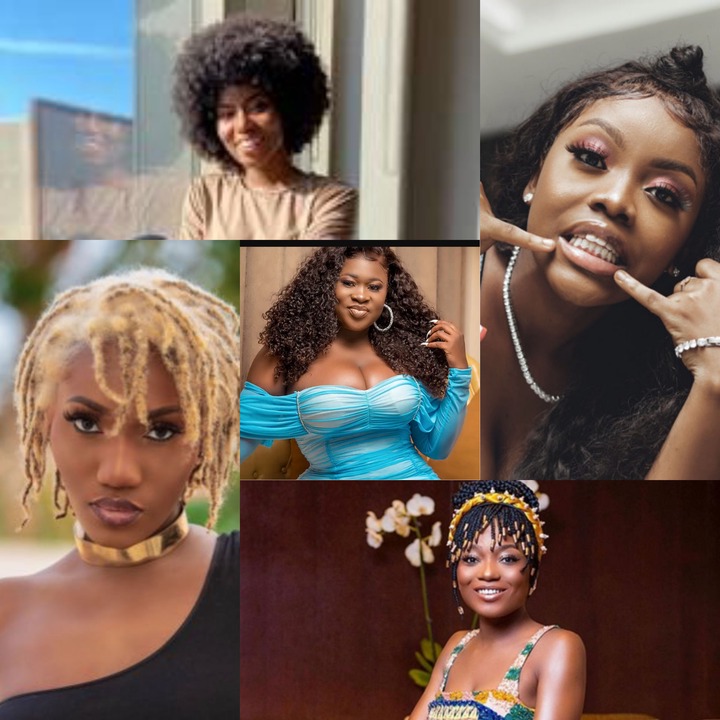 Jane Awindor, better known by her stage name Efya, is a Ghanaian singer, songwriter, and actress from Kumasi. She is the daughter of Nana Adwoa Awindor, a filmmaker and celebrity host of the late television show Greetings From Abroad.

Wendy Asiamah Addo, known by the stage name Wendy Shay, is a Ghanaian Afropop and Afrobeats singer. In March 2021, she was among the Top 30 Most Influential Women in Music by the 3Music Awards Women's Brunch.

Francisca Gawugah known by the stage name Sista Afia, is a Ghanaian singer and songwriter from Accra. She gained recognition following the release of her single "Jeje", which features dancehall artist Shatta Wale and Afezi Perry.

Christie Quincyna Quarcoopome also known in showbiz as Cina Soul is a Ghanaian singer-songwriter and recording artist. A finalist at the 2014 Vodafone Ghana Music Icons competition held in Accra, Ghana.

Adina Thembi Ndamse better known by her stage name Adina is a Ghanaian singer, songwriter, actress and sometimes a model. She was the winner of music reality show Stars of the Future in 2008.

Bertha Bridget Kankam, better known by her stage name Yaa Yaa, is a Ghanaian singer-songwriter, recording artist and actress. Prior to her current stage name, she performed under her first name, Bertha.

﻿Jackline Acheampong known professionally as Gyakie is a Ghanaian afrobeat/afro singer. In 2019, Gyakie released her first single titled; "Love is Pretty" which paved way for another single, "Never Like This." .

Noella Wiyaala is a Ghanaian Afro-pop singer-songwriter who sings in her native language Sissala and Waala dialects and English, often combining all three languages within her songs. Wiyaala means "the doer" in the Sissala dialect.