By mCjill (self media writer) | 6 months ago

On Facebook, Kojo Oppong Nkrumah has stated that he watches all of Twene Jonas' videos. The minister of information expressed his admiration for several of the prominent social media commentator's phrases. He was chatting with renowned journalist Kwami Sefa-Kayi in an exclusive interview. 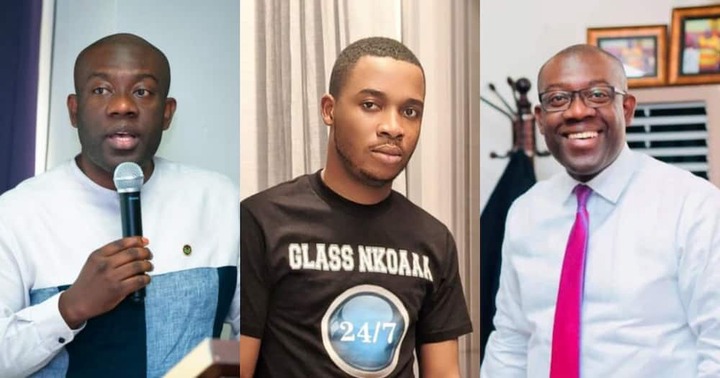 Kojo Oppong Nkrumah was overheard expressing that while he was a big admirer of the 'glass nkoaa' singer, he didn't appreciate how he openly attacked people in his videos.

This same director-general stated that he identified with Jonas' statement since each country has its own unique style of governance. Following that, Kojo Oppong Nkrumah praised Twene Jonas and stated that he (Nkrumah) was one of the social media commentator's most passionate supporters.

Twene Jonas was dragged into the radio debate by a government official, who explained that each country had its own governing structure that kept it afloat. Following his Facebook Live broadcasts in which he addresses issues of concern in Ghana, Twene Jonas has achieved huge popularity in Ghana over the years.