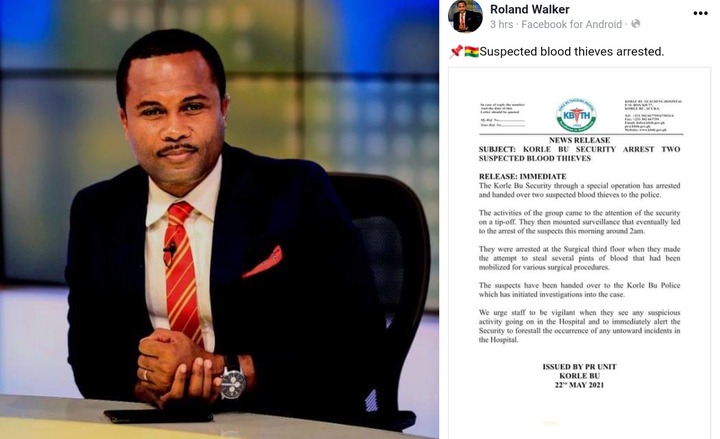 The Ghanaian calmest, most gentle and uniquely eloquent journalist has been consistent in sharing wide range of stories, especially on his Facebook page.

This has occasioned, triggered and influenced a lot of Ghanaians to follow him regularly for more updates, even if they miss what happened live on TV3 Network and other professional TV or Radio stations.

I must say that social media has been a very great avenue for information dissemination, hub of sharing ideas, views and opinions, as well as a medium for creating, building and sustaining networks.

Power is one of the most controversial and dicey topics around the globe.

People have divergent views and perspectives on it, and several scholars can bear with me that it cut across all facets of life, though people mostly relate it to the political environment than any other aspect of life.

Interestingly, some people chance on this resource to inconvenience or mistreat others and make others feel less human.

It is one of the root causes of gender inequality, poverty, war, hunger and other disheartening phenomena in society.

In some societies or industrial or governmental organizations, women find it difficult to climb to the top because of power, the glass ceiling they have created in such institutions.

Two people commit the same crime - one is jailed and the other is freed because of power.

Resources of a particular nation are being amassed, stolen and shared among top government officials because of power.

This same scarce resource has made some people so disadvantaged that they find it difficult to find a hot meal to eat a day, less to talk of where to sleep and what to wear.

Power has made our environment insecure to live, our waters unsafe to drink and our lands unreliable for agricultural activities.

Power has found its way into some homes - creating conflicts, pomposity, disrespect and eventually shaking and disrupting marriages.

Most of us are already aware of what happened to Caleb Kudah and its consequential effects on the entire nation.

A lot of concerns have been raised by journalists and other renowned experts on the shaking state of Ghana's security system, yet theft cases keep escalating.

Roland Walker has shared a statement released by the Korle Bu Security Point pertaining to the arrest of two suspected blood thieves. 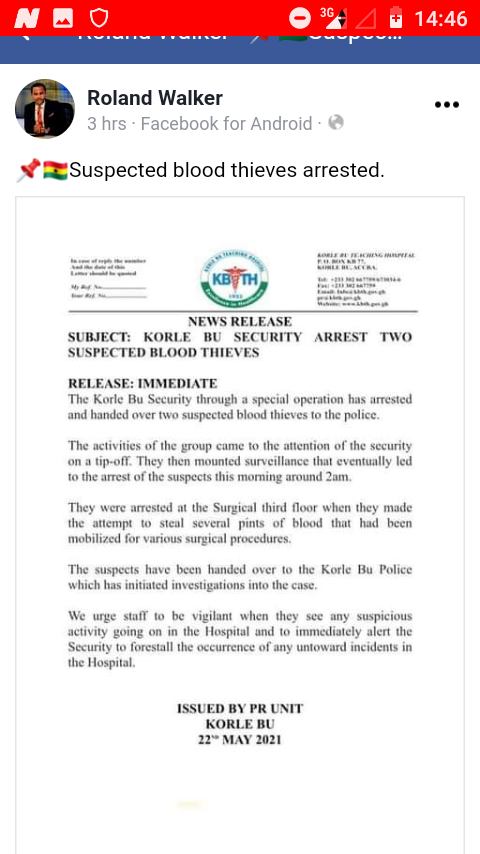 After he shared this story on his Facebook page, a lot of Ghanaians have reacted massively to it.

Find below some of their reactions: 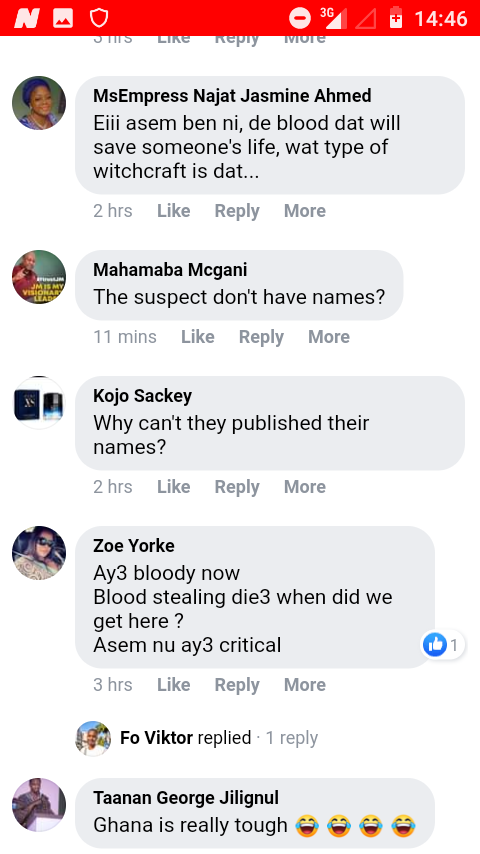 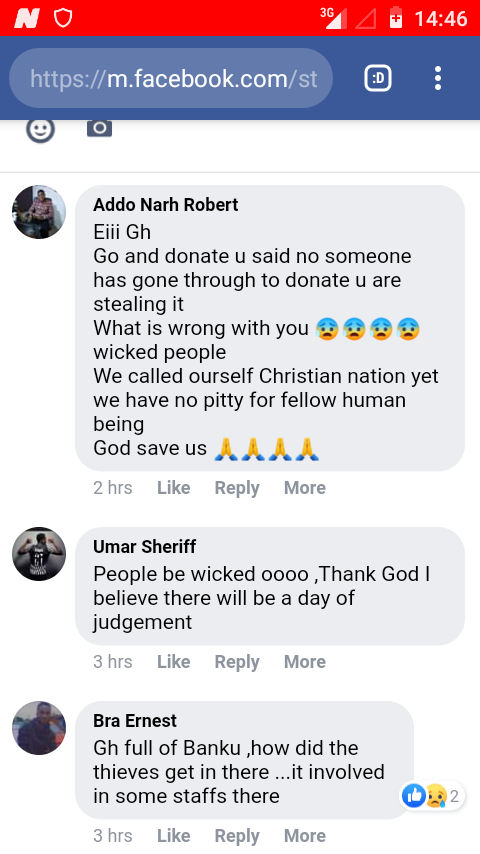