Thomas William Hiddleston popularly known as Loki was born on the 9th of February 1981, he is an English actor. He is the recipient of various accolades including a Golden Globe Award and a Laurence Olivier Award in addition to nominations for a Tony Award, a British Academy Film Award and two Primetime Emmy Awards.

In the movie Thor, Loki was born a Frost Giant and abandoned as an infant by his father Laufey, only to be found by Odin during an invasion of the realm of the Frost Giants in Jotunheim. Odin used magic to make Loki appear Asgardian and raised him as a son alongside Odin's biological son, Thor.

However, if you see Loki in real life you would never have believed it's really him as compared to his appearance in the movie because he looks extremely different but if you closely look at him, you will realise it's him. Checkout his real life picture below: 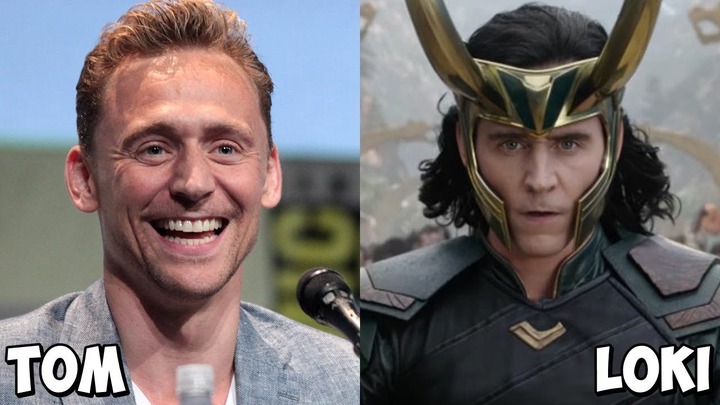 Many people who saw the picture were like it's not him but looking carefully you will realise it's him. There is a great difference between the pictures but it's the same person.

As we all know, in movies, people are worn with makeups to look different and unique for their role to play in the movie but seeing them in person you will realise the difference.

Have you seen how cute and handsome he was and yes, he is still cute and handsome, isn't it? In case I did not make mention of his age, he is 40 years. While at Eton College and then University of Cambridge, he began appearing on stage.

In 2001, he landed his first role on television in England, a small role in The Life and Adventures of Nicholas Nickleby in 2001. More work followed including Conspiracy also in the year 2001 and The Gathering Storm in 2002.