I Saw The Death Of ‘Waakye’ In My Dream - Jagger Pee 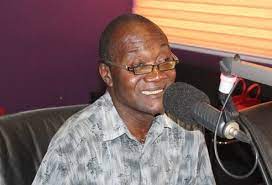 Abeiku Nyame, also known as Jagger Pee who is a veteran actor has recounted a dream he had concerning the death of the late ‘Waakye’.

The late actor who died on the 2nd of August this year at the 37 Military Hospital after suffering a mild stroke.

His demise as recounted by Jagger Pee in an interview on Hot 93.9 said he had the dream before the sudden death of Waakye.

“Waakye and I had been very good friends, we were more like brothers. We started our acting together during the late 80s. We were very close.

It’s very strange. Do you know the Thursday before the Tuesday ‘Waakye’ died, I saw his demise in my dream?” Jagger Pee recounted.

According to him, in his dream, he saw a coffin with many people crying around it and he asked his wife to check what was happening.

“I saw a coffin with many people crying around it. So, I asked my wife who had died and why they were crying. My wife then got close to the coffin and peeped inside the coffin’.

He stated that together with his wife, he had decided to go and visit ‘Waakye’ at the 37 Military Hospital before he had a call that he had died on admission.

Jagger Pee together with the late ‘Waakye’ starred in hit movies such as ‘Ogboo, ‘Fatal Decision’, ‘Man Woman’, and ‘Chorkor Trotro’ TV series. They also featured in most of Harry Laud’s productions.