Shatta Wale is praised for having industry knowledge

By akrugu (self media writer) | 2 months ago 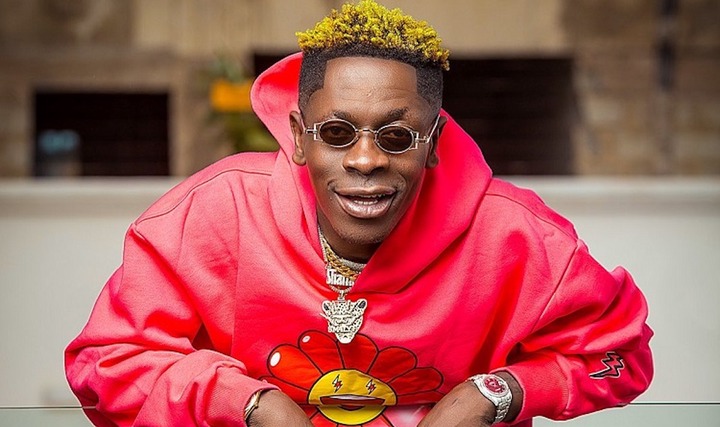 Shatta Wale, a dancehall singer, has gone on multiple tirades, criticising some of his peers and business leaders for not understanding how the entertainment industry works.

Although many have questioned the popular singer's claim that he was able to profit from the system because he understood how things really worked, Addi Self, a former member of the SM Militants, has praised his mentor as having extensive knowledge of music.

After leaving the dancehall musician's camp and getting into trouble, Addi Self has since expressed his thanks to the person who served as the inspiration for his 2021 album, "Zongo To BBC," which has received recognition. In an exclusive conversation with Paula Amma Broni of GhanaWeb, Addi Self detailed how Shatta has been able to produce content that has earned him a sizable income.

Addi Self described how Shatta has been able to produce content that has brought him good money in an exclusive conversation with GhanaWeb's Paula Amma Broni, a route that other singers have yet to take. The head of the Self Nation (SN), Addi Self, criticised the effect his relationship with Shatta Wale has had on his career.

"I actually gained a lot of knowledge from him. Discuss how to advertise products and manoeuvre as a businessperson in this field... Shatta is familiar with the show business, which not everyone can relate to because everything you do online will be profitable if people are interested in you and are following you. I believe he is aware of that aspect of it, and I also gained a lot from it. I'll advise every young person to always be appreciative "The protégé of Shatta Wale advised.

He went on: "Addi Self is a thankful young person; thanks to Shatta Wale and the Shatta Movement, I was able to travel to London, where we completed a few tours, and I had to visit the BBC, which provided me the experience I needed to complete my album.

Simply put, I thought it was time to move on. I don't have to take him seriously since I know how he is, so whatever he says. He frequently expresses his opinions, and I feel like that describes my mentor." The musician, who recently released the mixtape "Slum To Hills," insisted that he had no regrets about leaving his previous boss.

The musician, who recently released the mixtape "Slum To Hills," insisted that he had no regrets about leaving his previous boss behind because he had been able to establish a strong brand instead. I don't regret it because I think it contributed to my development. Whatever the circumstances, I must mature. Nobody will totally take care of it for you, he continued.