Detailed Account: The Machinations Against Bridget Otoo That Nearly Got Randy Abbey To Resign 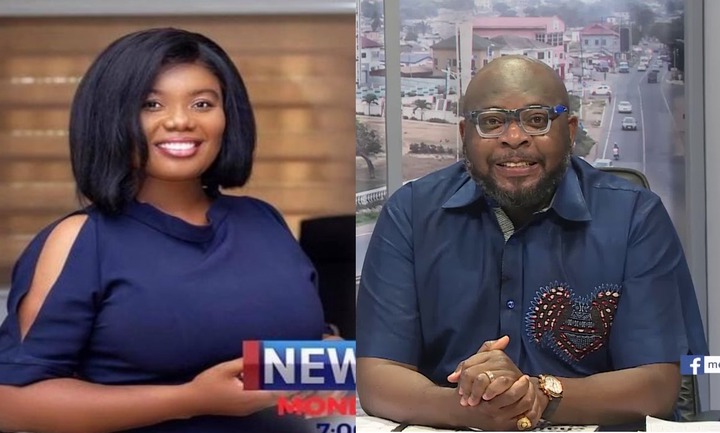 The ace news broadcaster was taken off air few hours to her broadcast yesterday on Metro TV. It came with some disappointment when a rather hyped appearance turned cold last night. Bridget Otoo had kept her silence throughout these trying times but some sources had disclosed what transpired at the studio and among management of the station, to Manasseh Azure Awuni.

According to him the source confirmed there were some powerplay among management to have Bridget Otoo taken off the platform a few minutes to time for the evening news. She had already done her make up and rehearsing her script [as usual] only to be shown the ‘exit’ that the powers that be wants her taken off.

Her presence at the station, which the source alleged to be detrimental to some political influencers was to be ‘eliminated’ before it gets too late. The back and forth angered the host of Good Morning Ghana Show, Dr. Randy Abbey to threaten resignation as he thought it was unreasonable for Bridget Otoo to be a victim of political hatred.

Manasseh indicated the source alleged the ‘instigator’ of Bridget Otoo’s removal was determined to have ‘his’ agenda materialize. However, no mention of a name was made leaving many to speculate. For those who stood up for Bridget Otoo, the ‘big man’ retired to a much compromising attitude and called the newscaster to resume work. 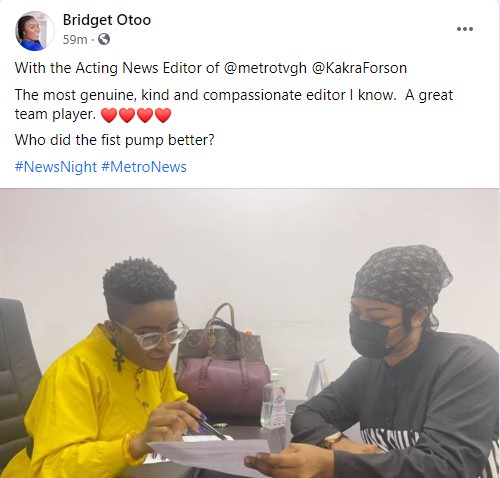 Currently, Bridget Otoo is taking a review with the acting News Editor for Metro TV to ready her for tonight’s broadcast. She is to be supported by the team to make her stay and work outstanding as always.

He resumption in media work had been received with some delight as her previous organization turned out to be disappointing because of her political affiliation. Nonetheless, Metro TV will win the crown of being tolerant of people’s political preference, especially when it’s been tagged as being a machinery of the governing New Patriotic Party (NPP).

Manasseh Azure Awuni had reiterated allegations by the opposition National Democratic Congress (NDC) that the threat that was meted out at Bridget Otoo's appointment as Newscaster on Metro TV was influenced by the government. He argued that the beneficiary entity, Jospong Group of Companies is being held to a ransom over the hiring of the female journalist.

He stressed that the company cannot risk losing contracts it had enjoyed and may continue to 'milk' from the government, hence had to heed to their command.

"Metro TV is owned by the Jospong Group of Companies, a business that depends mainly on government contracts and has been the subject of many corruption scandals. Some of these scandals are the GYEEDA Scandal, Subah Scandal, Waste Bins Scandal, Robbing the Assemblies Scandal." he emphasized.

It is expected that Metro TV would issue an official communique to the holdup that occurred yesterday at least to dilute the bad press it had received over the past 24 hours.