By mightysagacious (self meida writer) | 28 days 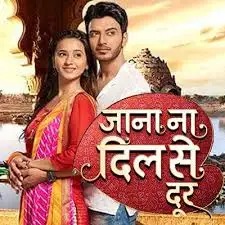 The Episode starts with Kailash going to some room to check Kangana. Everyone look on. Kailash lights a matchstick and puts near a drawer. The matchstick gets blown off. Vividha says maybe we are wrong, he is acting like a kid. Kailash sees them and thinks they don’t have Kangana, they are thinking I don’t know their game, its good, they can’t find Kangana. They all run and hide. Kailash talks nonsense and goes. Everyone keeps an eye on him.

Kailash talks to the candle and throws it. Guddi stops her scream. Atharv and everyone try to find Kangana in the room. Kangana wakes up and says get me out of here. Atharv says there is no one here. Vividha says we have no clue that Kangana is here. Kangana says someone get me out, I m here. She sees Atharv. Atharv walks to the cupboard. He picks the matchstick. He sees the noisy fan and goes.

Atharv says where did he hide Kangana. Vividha says we are following him, even then we did not know anything. Atharv says don’t worry, we will find something. She says maybe we are wrong, we maybe going far from Kangana. Guddi says maybe Papa is mentally ill and we are after him. Ankit says yes, maybe. Dadi says I have seen the world, I know Kailash well, he is very stubborn.

Guddi says but he is being mad all the time, even in loneliness. Ankit says maybe he knows we are following him. Atharv says he is very clever. Vividha says we don’t know Papa did this or not, he did not give any sign. Atharv says no, I know that man well, we will not leave him.

Dadi says Kailash is very calm now, he is not getting angry. Sujata smiles and says we all remember his angry, he was so hot tempered, we want this. Uma says yes, he took wrong steps in anger and got ashamed. Sujata says yes, we have to trouble him and make him do wrong. Dadi says yes, what an idea, Uma go and tell everyone. Sujata says no, they are in pressure, we will try to solve this ourselves.

She says I don’t want to go jail, I m innocent, why shall I lose my life, I have to live for you and kids, I want to be with them. He says nothing will happen to you. He hugs her. Jaana na dil se door…..plays…. Sujata scolds Kailash and asks him to leave. Kailash says I am king, I can go anywhere, I am hungry. Sujata asks him to have mango peel. Dadi says he does not know anything, it won’t matter to him. Sujata says when Vividha got him, there was banana peel on his head. Dadi laughs and insults Kailash.

Sujata says Vividha got him on head, we have to show him his place. Dadi says yes, we will not give him fresh fruits, he got waste food on roads. Kailash gets angry. Dadi Bua says Vividha has no time to make him fine. Uma gives the fruits to Kailash. He smiles. He gets shocked seeing the plate. She moves it back and did you feel I will let you have fruits easily, you have nothing, you forgot the day when you used to torture me.

She says I will settle scores with you. She applies the peel on his face. Kailash gets angry and throws the plate. They all get shocked.

The Big Six: Who Will Win The Best Rapper Artist Of The Year 2021 At The VGMA Night? - Let's Discuss