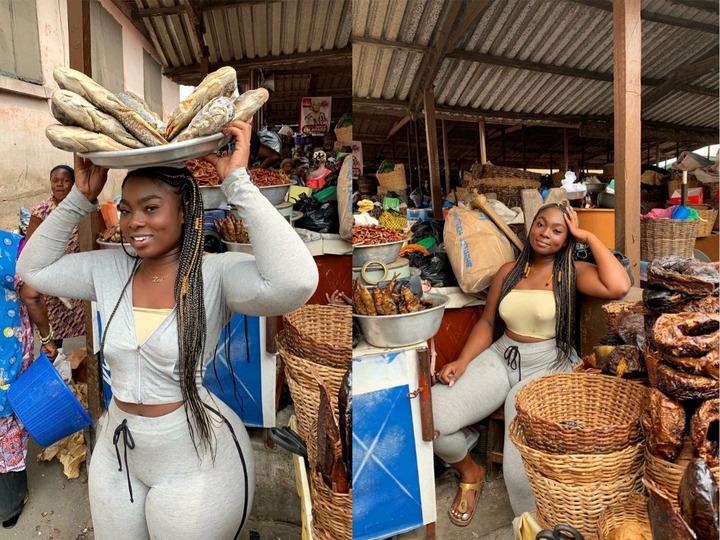 People become famous online for different reasons, the use of social media is the reason why a lot of people are getting known and making it big in the entertainment industry. One has to be inventive and innovative to get to the top in this part of the world, that is why many youths are making use of social media to become a popular figure and to invent something that will fetch a lot of money in the near future.

It's been almost two years ago when a beautiful young lady shared pictures of herself selling fish in the market place, an action which sparked a lot of mixed reactions on social media channels. She uploaded pictures of herself selling smoked dried fish in a local market, and it made people wonder if it was real or just another social media stunt. Some social media users believe that there is no way a beautiful lady like her will be selling fish in a local market. Some people believed that she could have bigger opportunities awaiting her in the modelling industry because of her curvy shape instead of her sitting down in the market just to be selling dried fish that would get her nowhere.

ZeeBee, as she is popularly known, is not an original fish seller nor a movie actress. She is a Ghanaian model who resides in the city of California in the United States of America. She is a fashion model, an influencer and a Vlogger who uses social media channels to draw the attention of many people to her posts. The main reason why she took pictures of herself selling fish in the market was to draw the attention of the general public and gain a significant amount of popularity which actually worked in her favour.

Check out her recent pictures here: 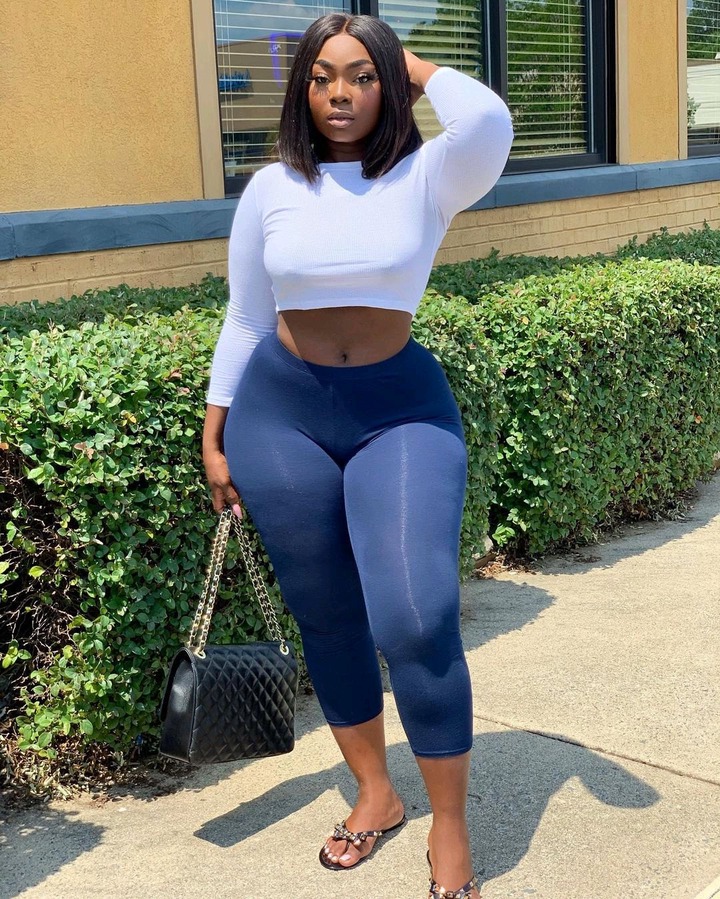 She was born in 1997, she gained a whooping 500 thousand more followers on Instagram after she shared pictures of herself online. It was her determination to make herself known to the public that made her establish this type of ideal that got her the fame she wanted.

What have you learned from her story? Let's hear your own opinion.