Have you bought a house before? - Shatta Wale clashes with pundit, Arnold Asamoah on TV [Watch].

By @lordpablo (self media writer) | 11 months ago

Dancehall artiste, Charles Nii Armah Mensah Jnr popular called Shatta Wale has clashed with Entertainment Journalist, Arnold Asamoah Baidoo on Accra based UTV after he (Shatta Wale) was told he was a confused and inconsistent artiste in Ghana. 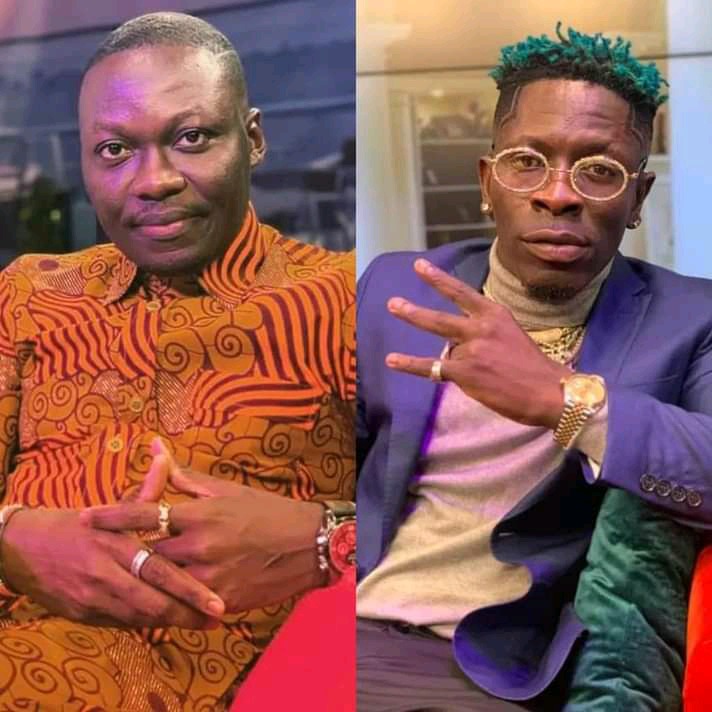 On Saturday’s edition of United Showbiz, Shatta Wale stated that he mentioned to the foreign investors amid his trip to Miami that Ghana is recognized for the Highlife genre but it is high time musicians join hands to promote the genre as a National genre but never mentioned it in his State of the Industry speech.

Arnold stated that Shatta Wale was confused for proposing that Ghanaian acts come together as one to promote a single genre that can be attributed to all music works in the country.

The misunderstanding broke after Shatta Wale requested an apology from Arnold which he declined because the latter felt he did no mistake.

Failing to apologize, Shatta Wale accused Arnold of being disrespectful and thereby calling the entertainment critic a 'small boy', something that provoked Arnold to throw tantrums at Shatta Wale.

According to Shatta,"people like Hilafax call to verify when they hear stuff but these people like [Arnold] sit behind their PC and blog your blessings is why you wear two cedi sneakers".

The panel on the show had tabled Shatta Wale's state of music industry address for discussion when the dancehall musician denied not stating the highlife and hiplife were not music genres.

Shatta said he expects music industry players to promote one music genre to the world.

Shatta Wale further bragged about how he has been able to make it from the street and dared Arnold to name any house he ownes in the country since he became a journalist.

At a point, Shatta Wale who was very angry claims Arnold has become bold while he is live on TV.

Content created and supplied by: @lordpablo (via Opera News )

Check out Pictures of The Wives of Captain Planet, Patapaa and Lilwin

My ex-wife used ‘voodoo’ on me; she divorced me after she got here - Germany based Ghanaian

No One Feeds Me, So No One Can Tell Me What To Wear - Kuami Eugene Slams Critics