By ZealAfrica (self meida writer) | 13 days

We had a chat with award winning filmmaker Nampala Claire. 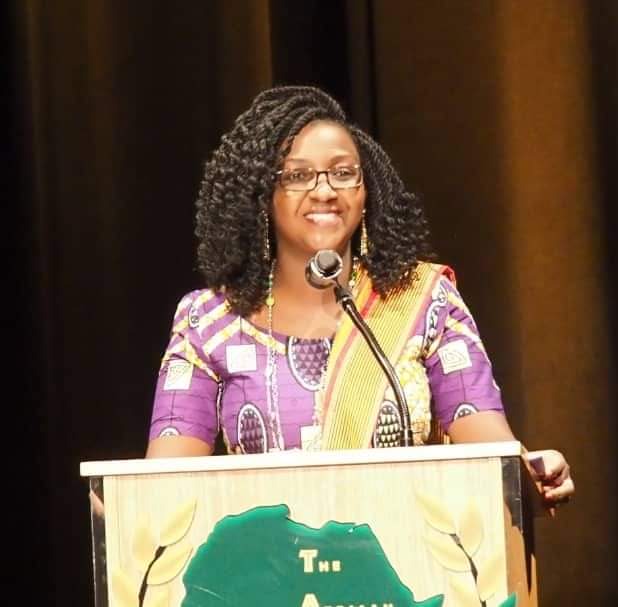 ZA: Tell us a bit about yourself, family and where you were born/grew up?

CN: Am Claire Christine Nampala, a Ugandan born April 1989 by (Late Kisitu Godfrey) who was a footballer in Uganda Cranes at the national team and my mother the (Late Teddy Nakafeero Kisitu). Am from a family of 11 kids and am the last born of my mom. I was born and raised in Kampala, the capital city of Uganda in a small village called Lubaga Road ‘B’ Mengo parish.

I am a humanitarian, an activist, a filmmaker, and a mother of 4 kids.

ZA: How was growing up for you? Any childhood experiences, bitter/sweet if any and how did it ultimately shape you into who you became?

CN: I was raised by a single mother in a catholic church. I was an Alter girl, a Xaverian and a church choir singer. As a child, I used to act in village drama skits, which we used to perform during village occasions. My mom was very supportive in that way that she was encouraging me to attend them. I was multitasking since my childhood and it really helped me to become the person I am today.

Bitter experience, I hate watching men beating women. Due to my experience of witnessing a husband beating his wife, it prompted me to be a human rights activist. I volunteered with Uganda Human Rights Commission for 6 months as a researcher and then joined the Foundation for Human Rights Initiative (FHRI) which I worked for since 2012.

ZA: What period/time did you decide to venture into film and what inspired this venture?

CN: I joined the Ugandan film industry in 2006 though I was still in school. I joined acting groups and my first feature film was "25 minutes late" were I was the lead actress and have acted until 2013 when I started my own company RED PICTURES. By that time, I was working with the Foundation for Human Rights Initiative in Nsambya. I was supported by my workmates, my Executive Director Dr. Livingstone Sewanyana when I released my first film and it was successfully premiered at Batvalley theatre. In 2014. I was thrilled when I saw people attending the premier which gave me courage to do more. 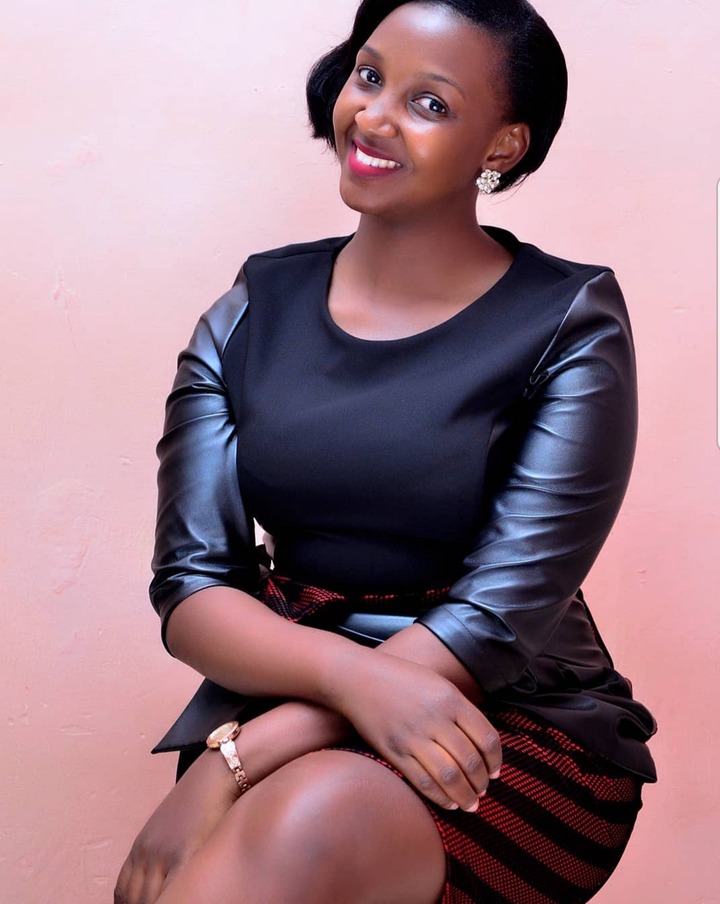 ZA: You are the CEO of Red Pictures. Tell us about your first work as a producer and the experience producing for the first time?

CN: My first work as a producer was very challenging for the first time. There is a big difference between being infront of the camera and being behind the camera. Those watching won’t know what took place behind the camera and trust me you, it’s a very big work accompanied by so many challenges. To have a strong team with the same vision is very hard. The lessons you learn from first experience, if you are not strong enough to learn from them, you can’t make any move. My first movie shaped me to understand and appreciate the filmmaker. I value my first movie called RUN THE WORLD a lot. As a woman, the title itself has a way it motivates me, and makes you be an independent person who can pull it up. Its not easy to manage a team of elders who are even older than you however, when you learn the techniques, the work becomes easier. I laid a mission for Red Pictures basically for advocacy and sensitizing the community through human rights by using art.

ZA: What are the films under your belt now?

CN: As a person, I have quite several films ranging from 15 films and 2 series that I featured in. For Red Pictures Movie production since 2013, has produced 6 feature films, Run the World, An Angel, Natural Wealth, The Forbidden, Vale of Tears, The Elite.

I have also engaged in 2 drama advocacy skits with Smart Girls Uganda, Open Space Foundation, Haven AIDS and participated in over 10 events both national and international events. With all films produced, Red Pictures has over 100 nominations from National and International and over 15 awards.

ZA: What’s next? Any new project/film we should expect?

CN: I have met several film makers whom I would be working with on my projects. I have developed a good networking relationship which I believe every producer needs to have. I have 2 projects that I will be unveiling in October 2021. 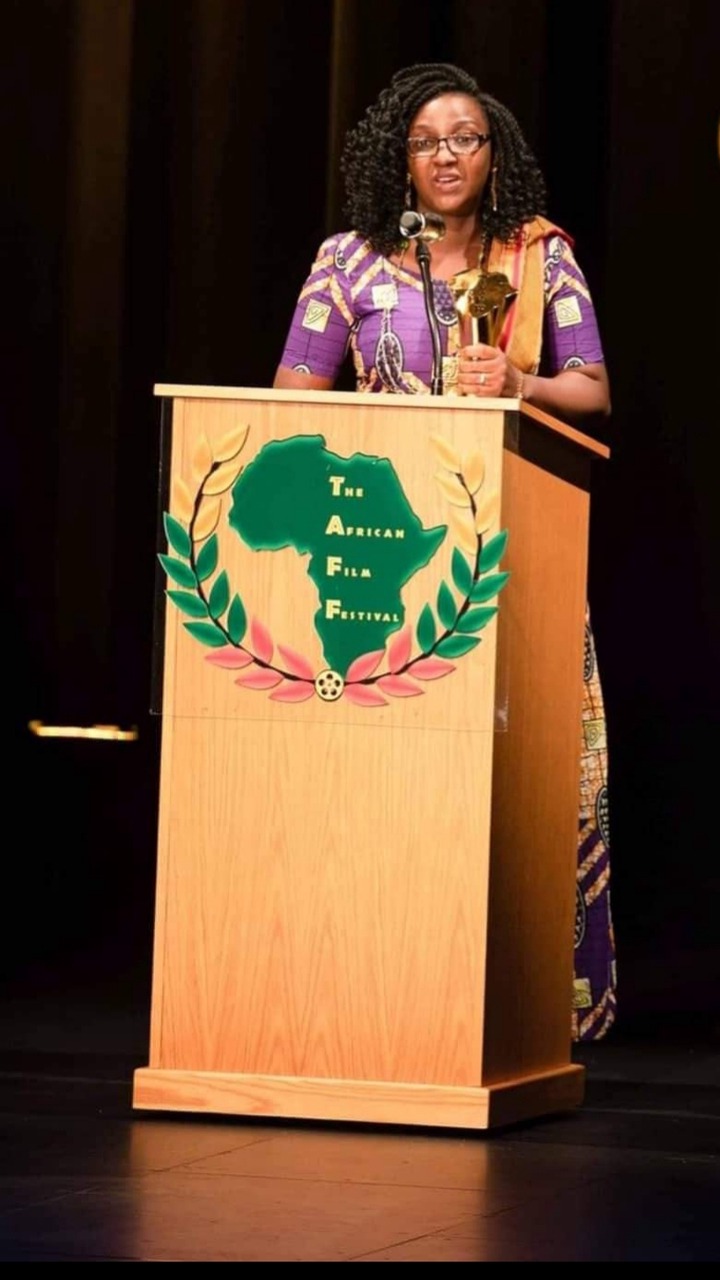 ZA: Forbidden, a film you produced won an award at The African Film Festival (TAFF) in Dallas, Texas coupled with an interview on Voice Of America (VOA). Tell us about that film and the feeling of having your work recognised?

CN: I was more than thrilled to see my movie "The Forbidden" winning at the African Film Festival in Dallas Texas and also to be recognised by Voice of America(VOA). That was the film's 9th award.

The Forbidden addresses child neglect, sexual harassment, incest, and AIDs. It’s about an African girl Diana who grow up with a single mother who was struggling to raise her tuition. She loses her mom in an accident and end up working as a house help and later sexually abused by her dad whom she didn’t know, at the same time falling in love with her biological brother. Its based on a true story.

ZA: Tell us about the film industry in Uganda and working in that environment in terms of infrastructure, its robustness and all!

CN: I must say, Uganda Film Industry is developing so rapidly now than before. The government itself is recognising the work of filmmakers. We used not to recognise film festivals which we do now. Having your work recognised internationally feels so great. You get a chance to meet international stars and learn a lot from them. The quality of the movie produced changes after witnessing what others do. There is a high demand for films right now which makes us get into the field to shoot every now and then.

ZA: What’s your view of the Covid pandemic and its effects on the global film industry as cinemas were/still closed in some countries, production halts because of social distancing and safety rules and film lovers resulting to Video On Demand (online platforms like Netflix, Amazon etc), What do you predict about the future of film and the direction it will take?

CN: The pandemic has affected almost everyone in the industry. We want everyone to be safe and thank God, we now have the vaccine. To make a film, you need a team of people around. The cinematographer, sound, director, actor, etc the pandemic could not let us come together which affected everyone. Closing cinemas was like suffocating a person and they can't breathe.

Even the VOD got affected because they need new content. However, it gave a platform for those whose films where not considered to get more recognised on such platforms, When I watch Netflix and I see more African movies, I feel so great.

ZA: What are your leisure interests?

CN: I listen to gospel music most of the times, I love traveling too. I sing in church too which makes me happy.

ZA: Any advice to filmmakers or any young person out there striving to achieve their dreams!

CN: To all the filmmakers out there, never be afraid to make a move in life, you never know where it will reach you. Don’t be afraid to fail in life because failure is another stepping stone to greatness. Its your own desire and passion that will connect you to the future you want to have.

Whatever you believe in, do not settle until you find it. If you love becoming rich, don’t be afraid to sweat. Keep striving, keep achieving and above all, Believe.

Date Rush Reunion: Sebastian finally reveals why he is not good in English

Meet The Richest Women In Ghana