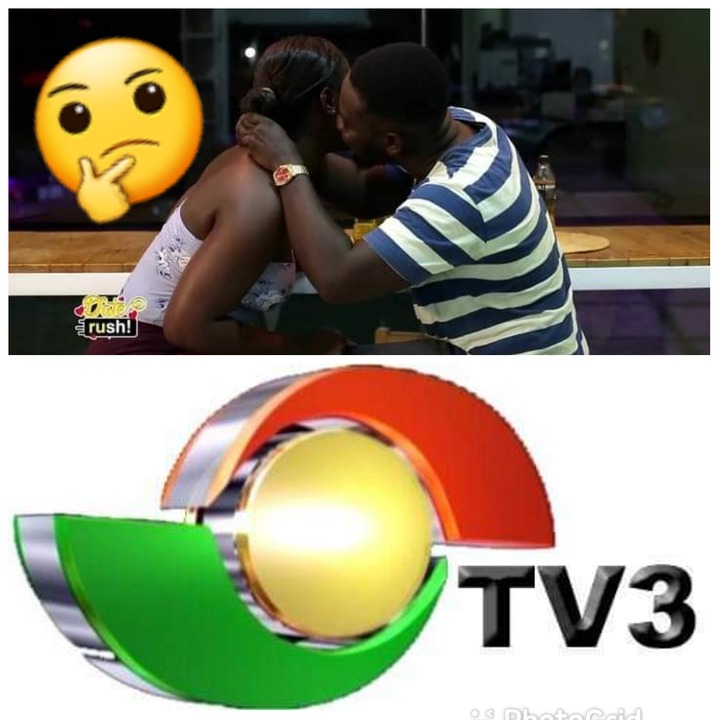 It was very dramatic in the studios of TV3 after two date rush guys Boldly petitioned tv3 management through Giovani Caleb and Anita Akufo. According to the two guys, a popular TV3 worker is Secretly Dating the women they got on the Date Rush show.

" Giovani, I want you to ask my woman If she is not dating a TV3 Worker Secretly " One of the guys responded.

" You're woman isn't making any allegation. You must mention the name as proof " Giovani Caleb quickly interrupted him.

" The guy is called Mchenry. He is a Worker here at TV3 " The guy replied Giovani.

" Mchenry is the guy who has been calling all the Date Rush participants on phone. Don't misconstrue his calls to be an amorous relationship" Anita Akufo quickly came in.

At this point, the second guy also surfaced.

"Giovani, I don't doubt what my brother is saying. It's not an allegation but a reality. He has been chasing my woman as well. I can show you his chats. Tv3 management must bring him to order " The second guy reported.

" Ladies and gentlemen, we will apologise over this allegation. However, we will forward it to management for proper attention. Thank you " Giovani Caleb emotionally said.

Sadly, all o these happened on TV3 live as the studio audience kept shouting.

Social media also started reacting to the interesting revelation. You can read some screenshots below. TV3's official page even started the trend with the meme below and others followed. 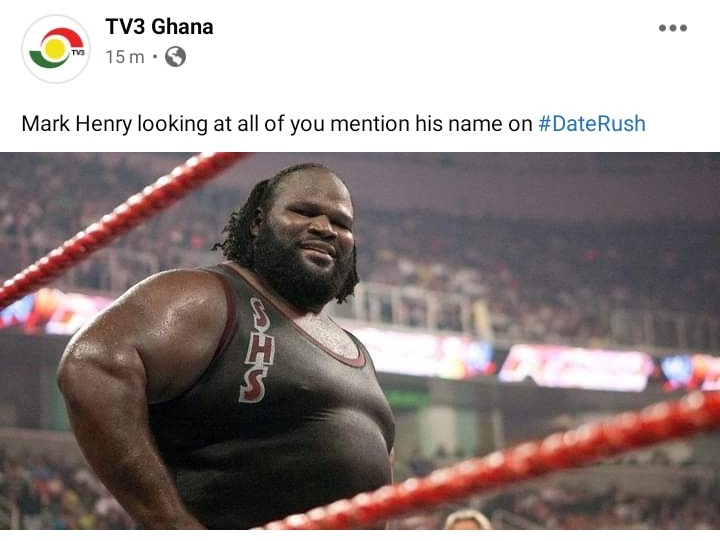 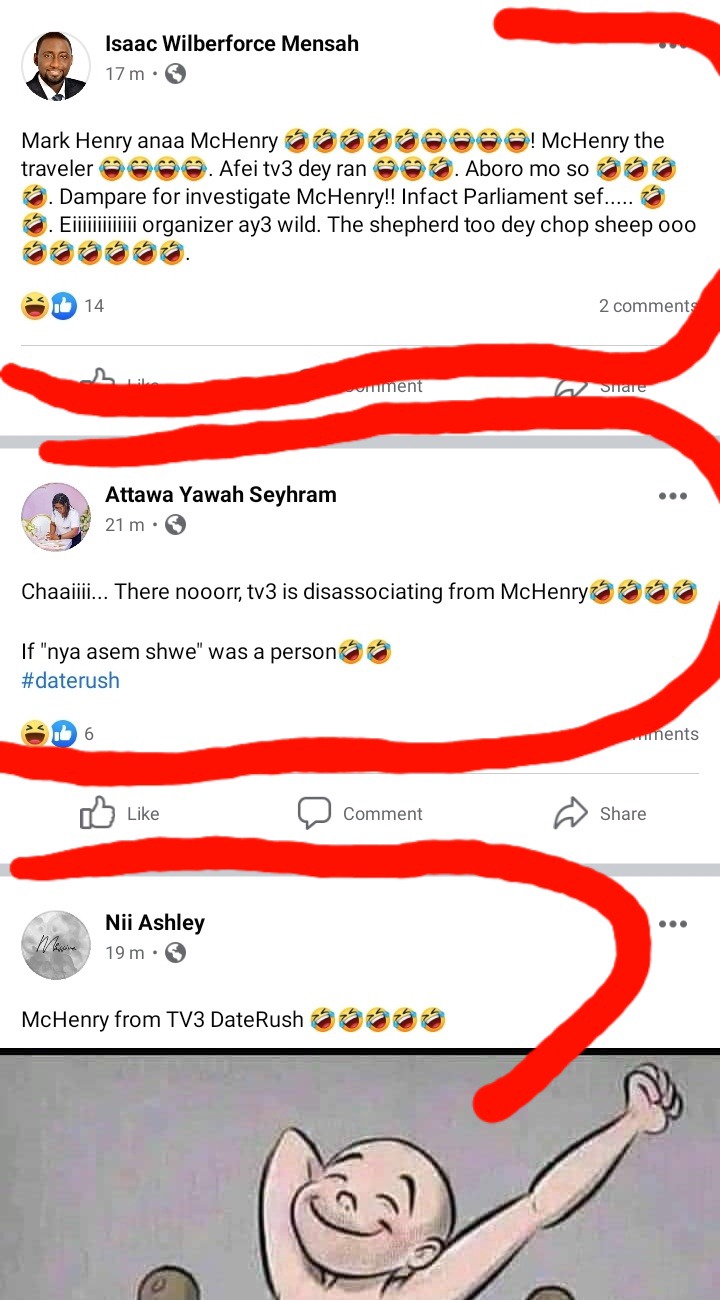 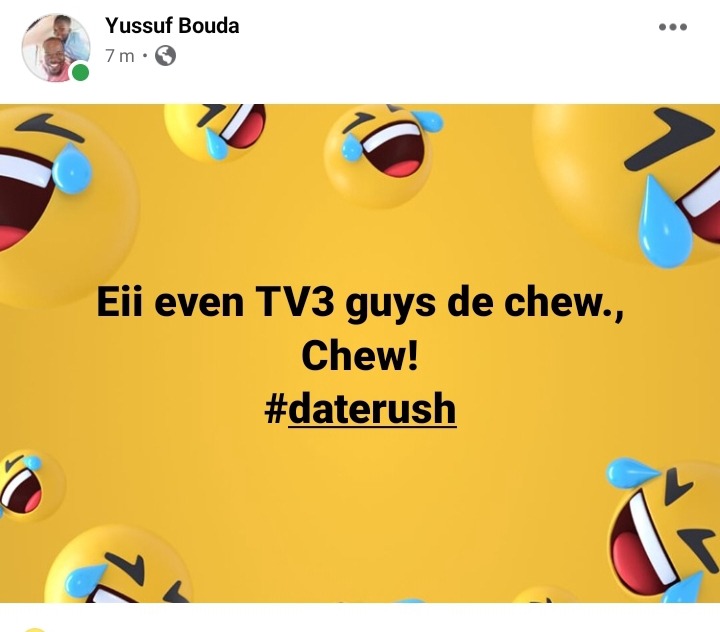