Akuampem poloo who was also called Rosemond Brown. She was an actress and also a social media influencer. Many people know her by her twerking styles and a mother of one.

She has been recently sentence to 90 days jail which is almost 3 month by the Accra Circuit Court over naked pictures with her son.

The Judgement cames on Friday after she posted a naked picture with her son on Instagram celebrating his seventh birthday.

Handing her judgement, Christina Cann expressed discontent with the alarming rate with which nudity has become a thing in the country’s social media space.

This has made a lot of people across the world talking in favor of Rosamond Brown ( Akuapem Poloo), Someone Cardi B, The Negeria billionaire and other celebrates. Some also are not in favor of what she did. But every mother no how to make their children to be happy in life. 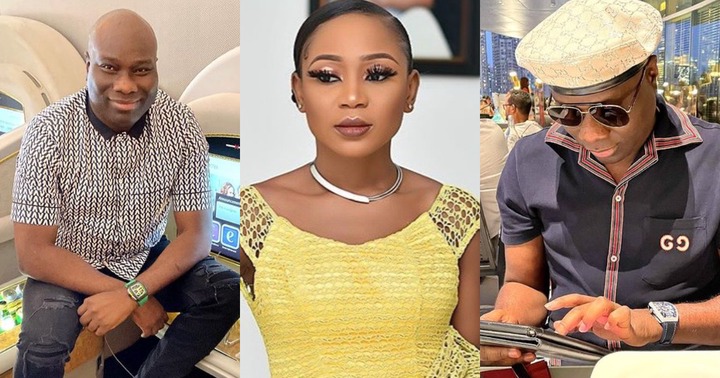 After they reported she has been jaied, many people has come in the aid of her son. Trying to support him with some amount. Its been on the media that Aisha Mondi allegedly to support the boy with Gh 2000 every month which is enough. We also heard some people has promise to buy her a land, car etc when she comes out from jail. Some artist too has been said to contribute something small for her.

It has also been on social media that, because of Akuapem Poloo issue, Actress kokor has deleted all her half naked pictures from her page.

Although jailing Rosemond Brown is good to some peoples, because she is the only one taking care of her son.

But in my opinion I can say this issue has done more good to her and everyone than harm because if she is there right now, she will not get all these support like the land, money and others from friends and also people will continue posting their naked pictures on social media. God know how to pave way to everyone, and I can say these issue can be her breakthrough when she comes from jail.

we all know everything happen for a reason. What do you made of my opinion