By SpArK_OJ (self media writer) | 3 months ago

Following the recent claims of "scams" that have been leveled against Evangelist Patricia Asiedua, also known as "Nana Agradaa," Afia Schwarzenegger has pleaded with Ghanaians to give the latter some leniency in light of the situation. 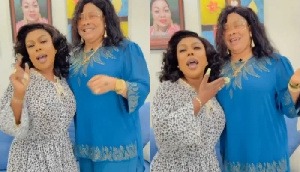 Afia is adamant in her conviction that the so-called' greedy victims who freely contributed their money to the preacher should be held responsible for their plight rather than the evangelist. Earlier, in a few videos that went viral, Nana Agradaa's disgruntled worshippers stated they trusted her statements and handed out various sums of money in the expectation of earning several folds as she had promised.

Some of the people who claimed to have been scammed by Nana Agrada said that they traveled extremely far in order to meet with her in order to retrieve their money after she had broken her promises. 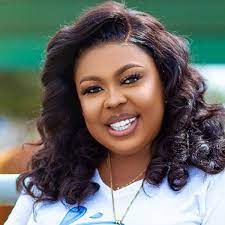 Since then, the event has given rise to a number of issues, as a number of internet users have voiced their disapproval toward the members of the affected church for their apparent lack of discernment in dealing with the self-styled preacher, who has a history of defrauding people.Afia Schwarzenegger, who has also provided her perspective on the recent events, is certain in her conviction that Agradaa is blameless.

"Jesus Christ, who died for our sins, did not collect money from anyone in church when he was here on earth," the Bible says. It is not true that Jesus Christ, in whose name we pray, ever multiplied people's offerings at church.

Therefore, praise God if you voluntarily and selfishly donated your money to someone else so that they might spend it. At least we have been successful in weeding out all of the idiots that were hiding among us. In a TikTok live broadcast, she said, "I don't believe Agradaa did it, but even if she did, God bless her abundantly." Agradaa had previously claimed that she did not believe that she had done it.

Afia said, "I just hope that our funds, my taxes, are not going to be wasted on ridiculous stuff like this by the Ghana Police," she stated.