10 Things You Didn’t Know about “Into the Badlands”

By Flauzie_Spry (self meida writer) | 24 days

The story that centers around the grizzled warrior and the young charge is nothing new. After all, it’s one that has been told a number of times, albeit through different methods. In this particular telling, the two travel together in order to learn and grow. They feel that they must travel so that they can gain the knowledge they have been seeking. Their travels take them through some fairly precarious situations, to say the least. If the story sounds familiar to you, that’s because it’s been featured on AMC’s show Into the Badlands. If you want to know more about the show, you can find out ten more things about it below. 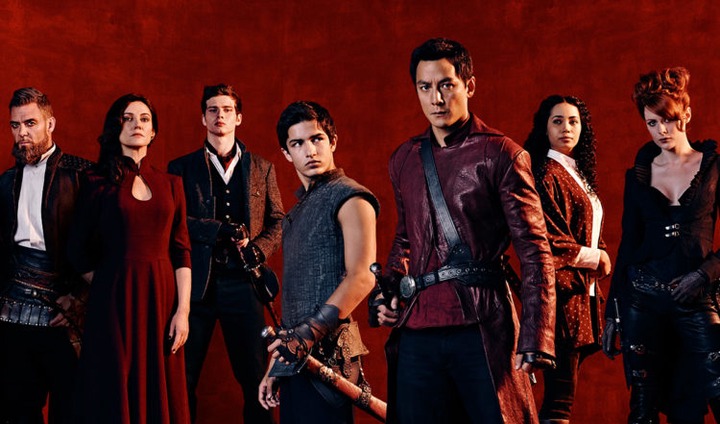 There are times when you think that virtually everything about this show is unsettling. After all, who really wants to live in a post-apocalyptic world? Most people would far prefer to live in some utopian society where they can live out their dreams and things come easily for them. This is the flip side of that type of world. There is no safer place, and you have to fight to survive on a daily basis.

2. No one in the show knows what lies beyond the Badlands

The Badlands are dangerous enough but no one is really quite sure what else is out there. Many think that it’s actually worse beyond the confines of the designated area. Still others believe that things might be better. However, no one really knows for sure and there are very few that are brave enough to find out for themselves.

3. There’s rumor of a perfect oasis that’s out there somewhere

Of course, there has been talk of a place that’s near-perfect, but no one is truly sure whether or not it exists. Only those who are willing to risk the dangers that come with traveling through, and ultimately, beyond the Badlands will have a chance to find out.

This is not just a story about people who travel, but about all kinds of superpowers. It has elements of Martial arts, but also of having special spiritual gifts. As is the case with stories of this type, it’s all about the young protege learning from the older, wiser individual. The thing is, there are times when they both have the opportunity to learn from each other.

5. You don’t want to run into any of the feudal barons

These people are not there to be nice. They intend to keep anyone from traveling outside the confines of the Badlands, and in most cases, traveling at all. If you decide to go out in the world and you run up against one of them (and you will), you had better be prepared to fight.

6. The show is filmed in the same place as the movie Django Unchained

The place in question just happens to be Louisiana. Granted, only the first season was filmed here. That first season was comprised of a grand total of about six episodes, but every single one of them was filmed in virtually the same exact location where the movie was shot. In fact, a lot of fans recognized the surroundings.

7. One of the stars does all of his own stunts

Daniel Wu is well known for doing his own stunts. He’s also very familiar with Martial arts, of which he’s been practicing since he was a child. Almost everyone else in the cast has someone who does their stunts for them, but he has always been more comfortable doing them himself.

8. These days, the show is shot in a different location

From the first episode of the second season forward, the show has been shot in different parts of Ireland. SOme fans were sad to see the filming move from Louisiana, but Ireland does provide a number of additional options that work well with the plot.

9. The stunt choreographer is famous

The stunt choreographer for the show actually used to be Jet Li’s double during the prime of his career.

10. The director isn’t afraid to give praise where it’s due

When you think of directors saying something to their actors upon completion of their scenes, you probably think of them yelling, “Cut!” In this particular case, the director, David Dobkin, likes to tell his actors they are “beautiful” and even “fabulous.”

Content created and supplied by: Flauzie_Spry (via Opera News )