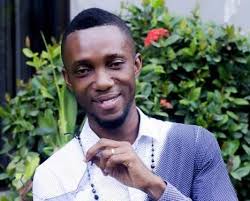 The film which would be shot on September 25, 2020 at Cape Coast is to give the opportunity to upcoming film crew and actors to be part of the team.

McLord ICE who is directing this movie also played major roles in directing other movies like the Box, the Awaken and many international films.

McLord ICE and Haruna Siedu Zoree were part like Black Beach, Joseph, BORGA and many other movies as well.

The Film is centered on a spectacular event when the lead character’s girlfriend died on his bed at the boy’s dormitory at college.

He and his three loyal friends buried her on a slab behind the boy’s dormitory.

Many years after school Kiki believed karma is dealing with him since he suggested they burry the girlfriend of Osei.

In order to correct the past Kiki decided to report the incident to the police which the three other friends disagree.

The battle of loyalty and friendship against karma the four loyal friends seek to find the real truth of their calamities.” On series of unrevealed face montage, a Rev. Minister wears his shoes, his cassock, combs his hair, put on his oration, wears his reading glasses and takes his Bible and move out to go to church, and that was Rev. Minister Amuzu of St. Anthony Anglican Church. At the entrance of the church sat an unrevealed face amputated man with a scarf on his head sitting in a wheelchair, and as the congregation enters the church auditorium they drop money on his lap.

And as the amputated man look on at the ground there stood a black shoe and a velvet cassock; the Rev. Minister, and he gave him a Bible making the man raising his head to reveal his face looking at the face of Rev. Minister Amuzu an old man in his 50s.

The Rev. told him you don’t need money you need salvation and walks into the church. The amputated man picks the Bible emotionally looking at it and started sobbing dropping tears on the black back cover of the Bible. He flips it open and opens to Romans 6:23. He could hear the Rev. Minister say – “For the wages of sin is nothing but death…. And in the church the Rev. Minister continued - ..but the gift of God is eternal life through Jesus Christ our Lord and savior”. I am preaching on the topic ‘Some jokes are expensive’. Then he pulsed as the amputated man enters the church rolling his wheelchair.

The story went on to narrate what transpired amongst the congregation.

Evets unfold until the girlfriend showed up in a disguised cloth looking like a guy which they barley recognized her until she revealed herself to them.

Osei took her to his cubicle and gave her a drink and biscuit to take and relax. Osei got back to his friends who were giving him fans, play the game and took a condom from Kiki and got back showing them he is going to have fun with his lady.

The lady was lying on the student bed when he got back. Touching her she was cold and lifeless. He tried to wake her up only to realize she was dead.

After several attempt to wake her fail he informed his friends. They also tried and finally realized that truly she is dead.

After several contemplations they notice he did not kill her and they thought of reporting the matter to the school authorities can jeopardize their education since they are final year students.

They finally settled on the suggestion from Kiki that they should secretly bury her since no one knows she was coming to visit Osei. So they broke the concrete laundry slab at the school and buried her there and cemented it back, and after they dried their wet clothing on it as if someone has done washing just to hide the wet scene.

However, turn of events looked gloomy for the guys when the lady cursed them that they will all die seeing their blood.

She continued that her mother got pregnant due to the rape and also got HIV. And that was why she abandon her dream of becoming a medical doctor and quit school. She tried suicide several times and also decided not to take the antiviral HIV medicine but an elderly Christian nurse now my grandma pointing at a woman advised her to at least save her babies life and she Kukua is the result. So soon after her birth her mother stop taking the medicine and she passed away of HIV AIDS, but she received Christ Jesus and was baptized on her sick bed by the help of the elderly nurse and that was when she told her to look for them and forgive them before the unexpected happened. It later tells how Kukua and her grandma embraced him in the wheelchair and the Rev. Minister Amuzu made him accept Jesus Christ so he will be a born again.

Mosquitoes Will Never Enter Your House Again If You Do These

Stop Doing This One Thing In An Air Conditioned Room.

The Dogs Are Working: Dampare’s Sniffer Dogs Move Into Vehicles For Serious Hunt