By Safetyblog | self meida writer
Published 4 days ago - 2 views

There is a common saying nowadays that says that marriage without money is bound to dissolve. Though during our forefather's time marriage is not about money. But today we know that marriage involved spending money and o,ne should have known that right from the courtship days. 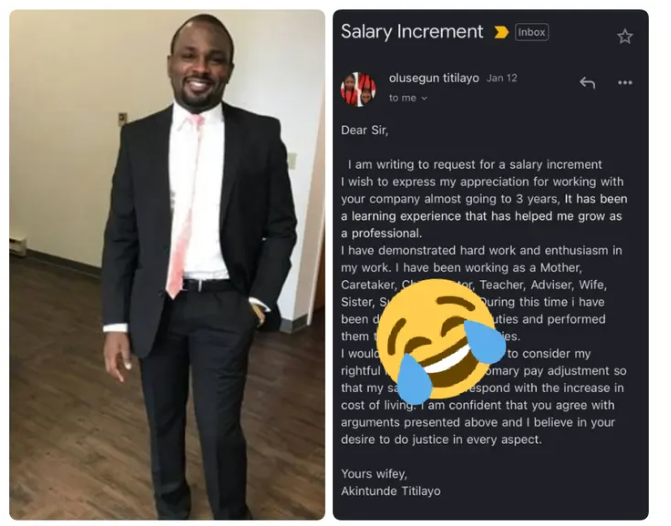 However, a married man who is known as Ife Akintunde shared his experience on Facebook, he said that his wife asks him for an increase in the monthly allowance but he told her to write a formal letter asking for the increase in monthly allowances and which she actually did. And the letter the woman stated that she had been the mother, doctor, teacher, caretaker, adviser and supporters for their three years in marriage and she had tried her best and demonstrated hard work in all these three years of the marriage, and will want her salary to be adjusted to the cost of living. 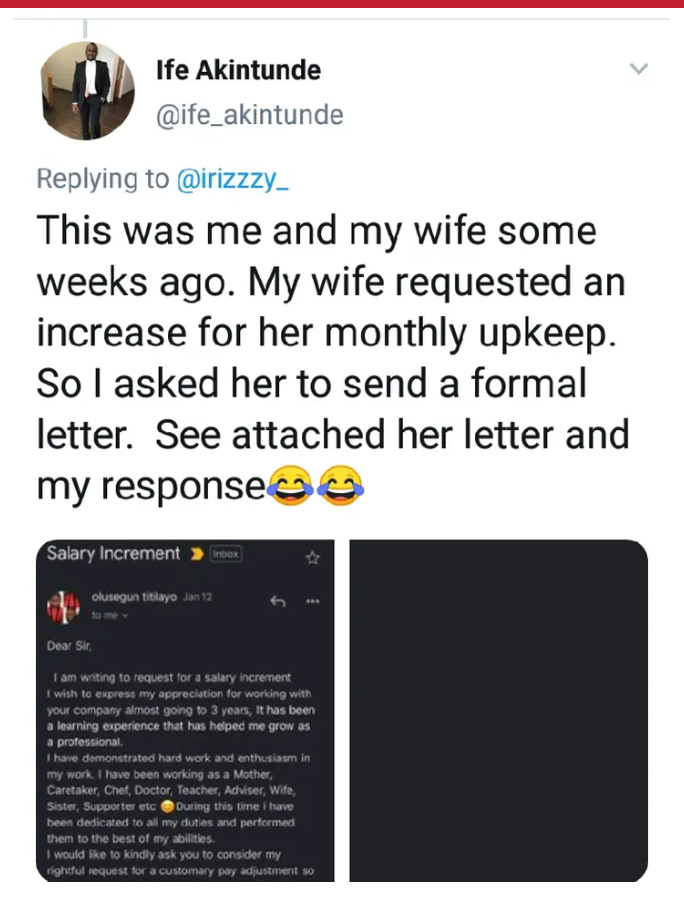 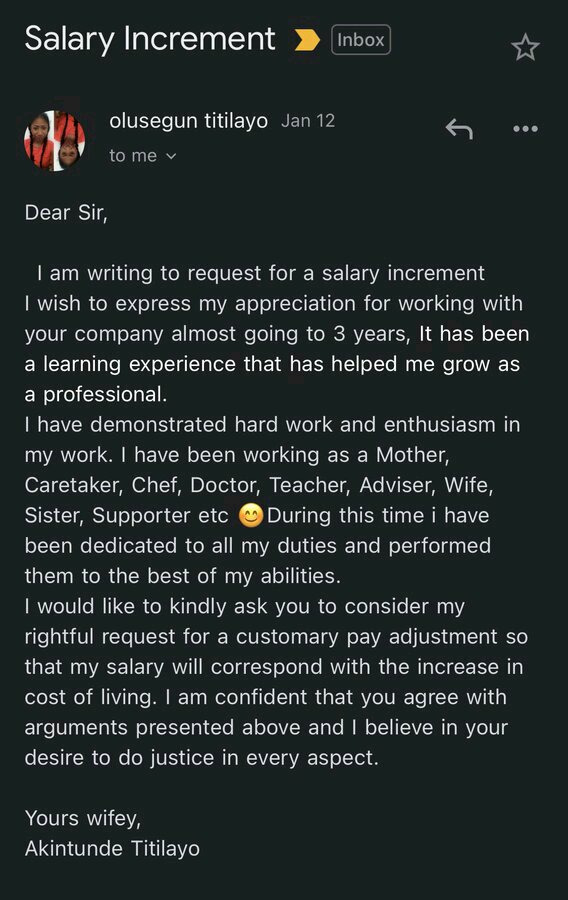 But after she sent him the formal letter the husband replied to her formal letter with another letter, and which he wrote that the board will review the request in their next meeting. 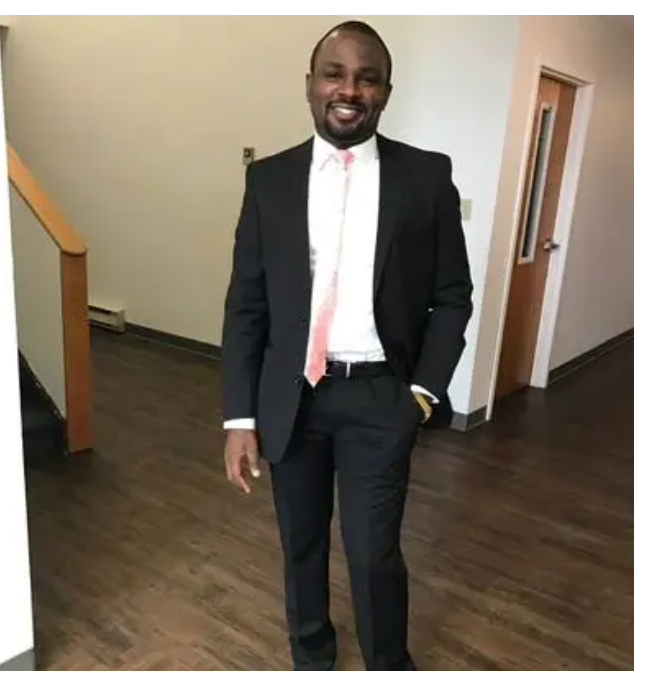 However, with this letter, one can see that money is very vital in every marriage because if the man should not increase the wife's salary the wife might believe that the husband did not pay her rightly for her work in the house. 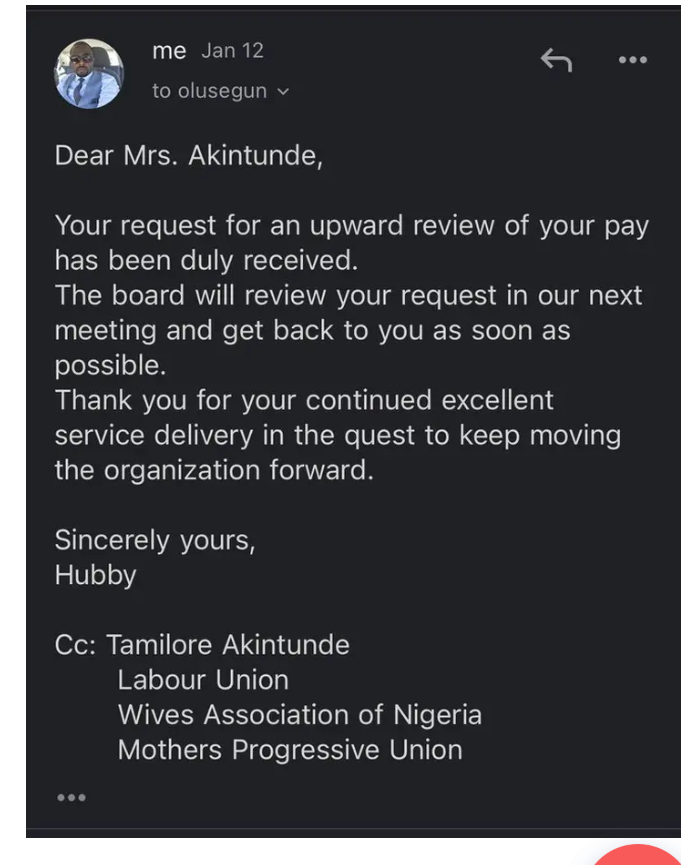 What do you think about the letter? Let hear your thoughts in the comments section below.

Ife Akintunde
Opera News is a free to use platform and the views and opinions expressed herein are solely those of the author and do not represent, reflect or express the views of Opera News. Any/all written content and images displayed are provided by the blogger/author, appear herein as submitted by the blogger/author and are unedited by Opera News. Opera News does not consent to nor does it condone the posting of any content that violates the rights (including the copyrights) of any third party, nor content that may malign, inter alia, any religion, ethnic group, organization, gender, company, or individual. Opera News furthermore does not condone the use of our platform for the purposes encouraging/endorsing hate speech, violation of human rights and/or utterances of a defamatory nature. If the content contained herein violates any of your rights, including those of copyright, and/or violates any the above mentioned factors, you are requested to immediately notify us using via the following email address operanews-external(at)opera.com and/or report the article using the available reporting functionality built into our Platform

Professor Alabi Cause Massive Stir With Photos Of His Young And Sexy Wife. [PHOTOS] 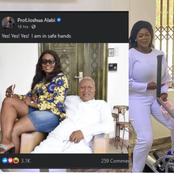 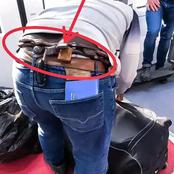 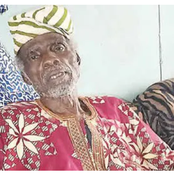 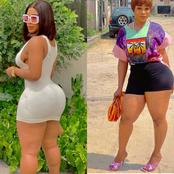 All You Need To Know About The Yoruba Tribe In Nigeria. 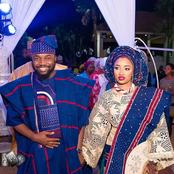 POVERTY IS WICKED: See What Popular Artist Said About His Life Before and Now (Photos) 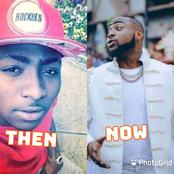 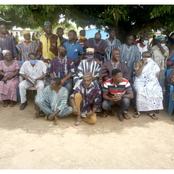 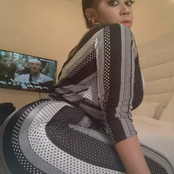 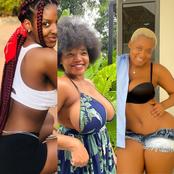 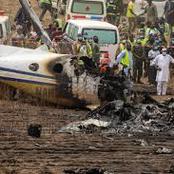