By K.TeeDeWriter (self media writer) | 10 months ago

The unpredictable captain smart took his viewers by storm as he brought live to the studios of Onua television, Nana kwaku Bonsam, a very powerful traditional priest and Alexander Wiredu who is an ex convict and claims to be the most powerful priest in the country. This powerful encounter arose where the ex convict threw up a challenge to Kwaku Bonsam about a month ago when he was invited live on the same show. And after some months the encounter was live and coloured. Dressed in a traditional outfit with his fetish apparel on, the ex convict openly confirmed, Nana kwaku Bonsam is a normal human being but not a fetish priest. And if he truly believes he is powerful as he claims to be, he should exhibit his powers by first of all showing him what kind of water was in a bottle he showed to the camera. But surprisingly, Nana kwaku Bonsam remained silent as he was challenged by his colleague fetish priest. Minutes after Nana Kwaku Bonsam behaved reluctant to the challenge, the ex convict openly advised Ghanaians to stop following the so called traditional priests for spiritual help for none of them is powerful. 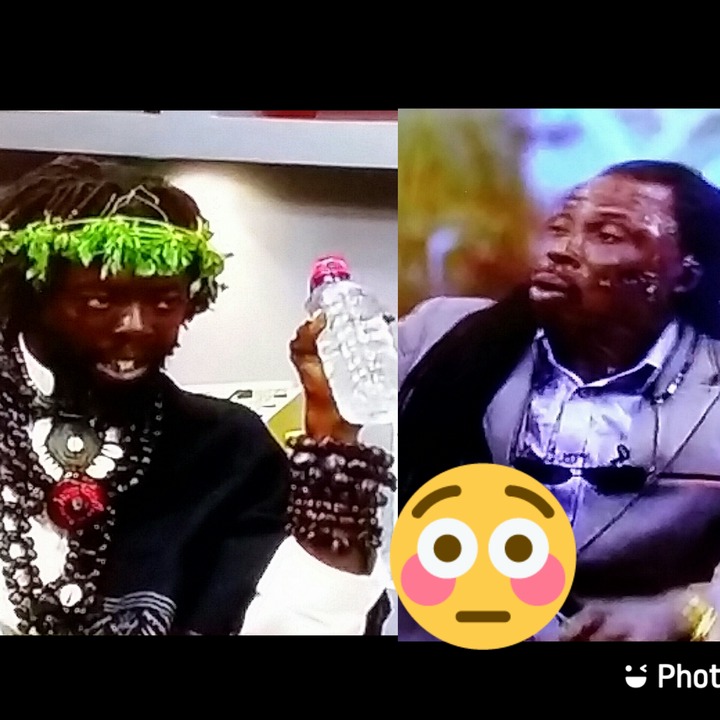 Do you think Nana Kwaku Bonsam was scared of being humiliated by his colleague priest that was why he didn't face the challenge?

17 diseases that Okra can treat more than certain medications.

" Everyone Is Going [email protected] For A Month". Just Imagine