Is Sarkodie promoting his "No pressure" album well?

By Joey_Afful (self meida writer) | 9 days

Michael Owusu Addo popularly known as Sarkodie is undoubtedly one of the greatest artiste to come from Ghana. To most people he is a great rapper but Sarkodie does not see himself as just a rapper. In his famous diss song to his once fierce musical rival but great pal today, M.anifest, Sarkodie said "Me I am far from a rapper" which goes to show how Sarkodie sees himself as musically sound with a wider scope of musical sense. Sarkodie creates timeless songs of any musical genre. Sarkodie has five studio albums to his credit with "Mary" being one of his classic albums till date. The question that has been on many minds and lips of his fans and music lovers in general is whether Sarkodie promotes his albums well to get the wider audience that a superstar like him deserves?

Lately on social media, some fans of Sarkodie think Sarkodie has been relaxed with regards to promoting his yet to be released sixth studio album titled "No Pressure". The expectations of the fans of Sarkodie is that, he will win a Grammy with his new album which would be released on 9th of June but all they have seen is just the posting of new pictures, no media tour, no billboards, no distribution deal with any big gaint in the industry. 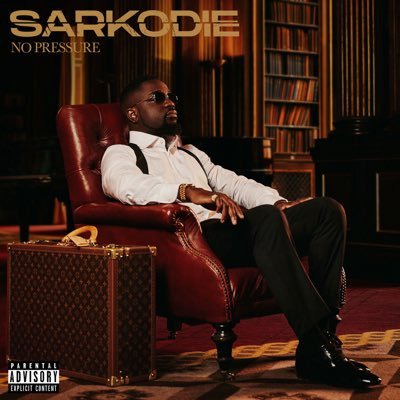 Maybe there is something he is doing with his team we are yet to know but what is true is, we want his next album to sell well not just on the Ghanaian market but to reach the global audience. To achieve that, promotion of the album will be paramount. At the moment there is no buzz surrounding the release of his upcoming album No pressure but hopefully it will change in the coming days. By the way Highest, No pressure from our side too.

Content created and supplied by: Joey_Afful (via Opera News )