All Those Afraid That I Will Die Should Forget;Twene Jonas Boldly Advises After He Was Threatened

By Zionthefighterexclusives (self meida writer) | 29 days 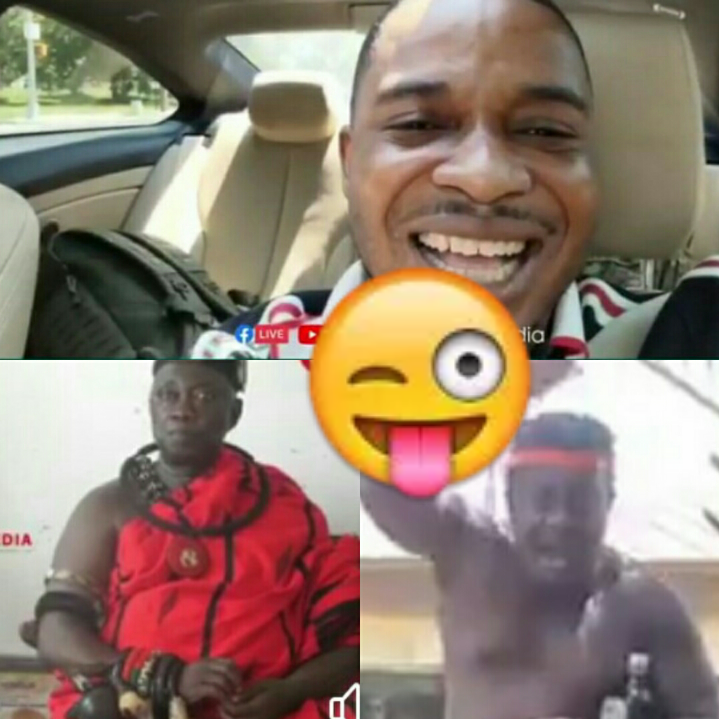 Twene Jonas the vociferous Ghanaian who lambastes Ghanaian leaders and traditional authorities for their inefficiency, has once again appeared after he was cursed and threatened. He assured his fans and viewers who are scared that the curses and threats rained at him will cause his death to forget. He advised them to allay their fears or else contract ulcer. Earlier, the Nifahene of Ashanti had threatened him with death and he was cursed by a different person.

Martin Luther King once said "the time is always right to the right thing," and this concern Ghanaian who has experienced life in a developed country wants things to be done right by state authorities. The gentleman described African Leaders as incompetent and insisted that he wouldn't stop criticizing them until they change and transform the continent.

The Ghanaian who was seen cruising in a car opined that " look all who are afraid because they say I have insulted some people should stop misbehaving or else you will contract stomach ulcer. I am not afraid why should you? No amount of lies will defeat the truth." He advised "don't burn the excavators, use them to fix roads. What is wrong with you Africa leaders". He compared the roads in the US to Ghana and said that the roads are well constructed in the US than in Ghana..

How on earth do you borrow to construct roads yet still collect road taxes, he added. There is too many misdemeanors in Ghana and until you change your ways, I won't stop blasting you. The chiefs who don't think about their subjects are misbehaving and when you talk someone says you are insulting my chief. He concluded by saying that it's might be possible that it was the white man who created blacks because there is too much "lunacy" in Africa.