What Do You Know About O.V ? The MTN Hitmaker Season 7 winner

By Showbizgh.net (self media writer) | 1 year ago 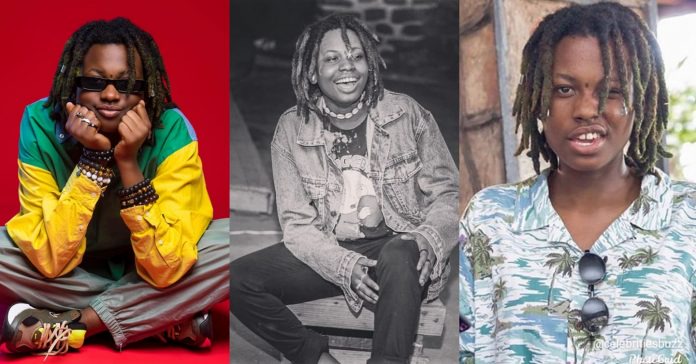 Barbara Naa Okailey Nyarko known in showbiz as O.V or O.V Onthah or Okailey Verse is a multi-talented young artist from Ghana.

She was born on 4th December 1998 attended Ghana Senior High School, Koforidua in the Eastern Region of Ghana.

She started off as a dancer although was singing and wanted to play the guitar from childhood.

She became known by schoolmates and the public as “skelebarbs ” because of her ability to dance.

Below is a detailed biography of the young artiste.

She was born Barbara Naa Okailey Nyarko but is known in showbiz as OV (OkaileyVerse).

She hails from Koforidua in the Eastern Region of Ghana.

She’s been practicing the acoustic guitar for a year and a half now. She did a few song covers by popular artists like Kuami Eugene’s Angela, Seyi Shay’s touch me where after she started writing her own songs.

OV Onthah recorded her first single with Reynolds the Gentleman a multi-instrumentalist and producer after he discovered her on Instagram with a song titled “Nea Woyeyi “which featured Reynolds himself.

She performed at places like “Piano Bar ” “Serallio” “Badu lounge ” High school events that invited Artistes from the mainstream like Gemini, Edem, etc.

Her second song titled ” Kambu ” produced by Standec released on 4th December 2017 got her known in various tertiary institutions.

Recently she made a soul version of Stonebwoy’s “Tomorrow “ and “Gbedegbede “ that got Stonebwoy really interested in this young talent.

She entered and won the MTN hitmaker season 7 edition.

She is signed onto the Burnton Music Group with Ghana dancehall king Stonebwoy as the CEO.

The young singer has quite a number of songs to her credit. Among them is the banger Want Me, Zaddy among others. You can listen and download OV (Okailey Verse) ’s music here.

Content created and supplied by: Showbizgh.net (via Opera News )