We are killing the Ghana movie industry.

By Kwadwo-Manu (self meida writer) | 1 months 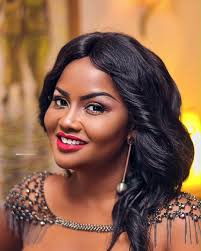 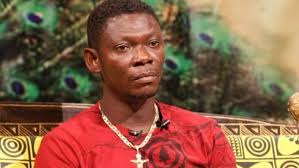 We are killing the Ghana movie industry. We are the cause of our own problem. Industry players have employ certain bad attitudes with the aim enriching themselves but has turn to hunt as.

Discriminating among actors by actors and producers has accounted to the decline of the Ghana movie industry. For this reason, qualified persons to hold or perform certain roles in movie scenes have been left out paving way for unprofessional actors. For example film Producer and Marketer Mr. Paul Agyei disclosed that Alexander Kofi Adu known on showbiz as Agya Koo is no more marketable on the market.

According to him, Agya Koo movies are not selling in the market for the past years.

His comment came days after Agya Koo claimed that his absence on screen has created a vacuum for Kunkum Bhagya and other trashes on our local television stations.

Paul Gee believes that Agya Koo dwindling career is not as a result of he being good actor but as a result of other great actors such as Kwadwo Nkansah (Lil Win) is now people’s favorite and can quietly play his roles. ‘’ For the past four years when you go on the market the demand for Lil Win movies is higher than Agya Koo’’ he added

As a producer who work with sevral actors shouldn't have said that because it discourages others to work with you.

Backbiting has also been one main thing that has led to the collapsed of the Ghana movie industry. The idea to get some people out of the scene is also another way of killing the industry. Example the beef between Mr Beautiful and Paul Gee.

Most of the film producers in Kumasi are not professionals especially Paul Gee and Osewus, they lack the professional will to produce movies on the market.

Mr. Beautiful in an interview with SeanCitygh.com said, the film industry in Kumasi is at the siege because of the numerous trash that are being produced by the likes of Paul Gee.

But in a response on Peace Fm Entertainment Review, Paul Gee said Mr. Beautiful has proven that he is rather ignorant about the film making business

"Beautiful is very arrogant and that is causing his ‘demise’ in the industry. ‘Beautiful has become very arrogant because he is well connected in government ‘’ he added

The reason for this beef was as a result of Mr Beautiful associating himself with one political party.

Unprofessionalism is also another reason. Because of money, producers don't come out with professional work and those that comes out are been given to some media houses to premiere at a very cheap price.

Content created and supplied by: Kwadwo-Manu (via Opera News )