Over the years it has become evident that Africa is becoming the home of entertainment. Many top actors, musicians and comedians have emerged from the African continent which has lifted the popularity of Africa in the entertainment industry. We have great characters in Africa, people who are so versatile to have in different roles. For instance, those who act in movies can also make music, comedy live shows and the likes.

However, Nigeria is regarded as the giant of Africa, and they boast the biggest entertainment industry in Africa to be fair. They have produced a lot of great actors, musicians and musicians who are making waves in Africa and all over the world. They have also proven to boast the best female comedienne people who are well-recognised by other African countries. So today I will show you the list of five top African female comedienne who dress like old women on TV but slay like models in real life. 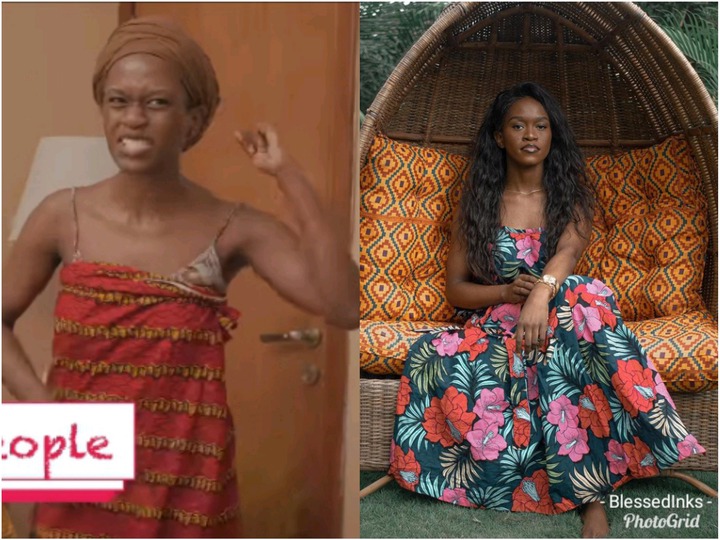 This young comedienne's stage name is Mama Maraji, but her real name is Gloria Oloruntobi. The versatile comedienne who plays different roles in her comedy skit is a Nigerian born in Edo State in 1997. It is hard to believe how young and beautiful Chiamaka is considering the way she dresses in her comedy skit. She is well-known for changing gospel songs into her own unique comedy skit to excite her fans. This dark-skinned young lady is well-appreciated by comedy lovers. Her stage name is Dirty Grandma while her real name is Dickson Ruth. She always acts like a strict grandma in all her skits, and she dresses herself up like a real-time old grandma. Mummy Wa, as she is widely known, is one of the brightest young comediennes in Nigeria and Africa as a whole. She is beautiful and very talented, she takes up many roles, and she even acts the role of a grandpa in her comedy skits. Her real name is Kemi Ikuseedun, she was born in 1996. People call her Ada Jesus as her stage name, but her real name is Chinoso Ukah. She hails from Abia State in Nigeria, but she was born in Lagos in 1995. She always acts like someone in her mid 30s, but in real life she looks very young and slays like a fashion model. Unfortunately, Ada Jesus passed away recently after a brief illness, may her soul rest in peace.

Who is your favourite among them? Let's hear your own opinion.

Ugandan Singer, Hassan Accidentally Flash Her "Black Goodies" As She Dances At Her Birthday Party

Check out the 40 year ago woman who gave birth to 44 kids with one man.

It Is A Death Sentence And Cannot Be Discussed In Parliament - Hon. Fuseini Says About E-levy