By JUKELAFRICA (self media writer) | 10 months ago Biribi Gyegye wo is an Onua TV show dedicated for the discussion of entertainment issues. The show is presented by the beautiful hostess, Mona Gucci . Mona Gucci has consistently been praised for her energy and enthusiasm in handling the show. Francis Gharbin narrated how he started his basic school and finally changed his Senior High School Science programme to read General Arts . According to him, due to his intelligence, he was offered Admission to the University of Ghana and that helped him to groom his passion to produce movies .

Kofi Asamoah also explained his days at the Mfantsipim School and gave some details of how his first movie production became the best selling movie in Ghana. According to Kofi Asamoah, the cause of the downfall of the Ghana Movie Industry was the lack of seriousness of movie makers who accepted peanuts such as 300ghs and sold their movies to TV stations instead of taking advantages of the cinema halls and other innovative solutions to recoup their investments.

Kofi Asamoah also explained how most movie producers started making losses because they lacked the ability to take advantage of gradual advancements in technology. According to him, CDs were sold by producers at too low prices whilst DVDs and Deckers were used by the various TV viewers to illegally copy their movies shown on TV stations. Kofi Asamoah has advised that movie producers should learn strategies to recover their investments. He cited an example that , it was more profitable to priemiere a movie at the cinema for three months before selling the CDs.

Kofi Asamoah has also explained why he no longer produces movies. He stated that there were no sponsors and so movie producers were forced to cut down their budgets . 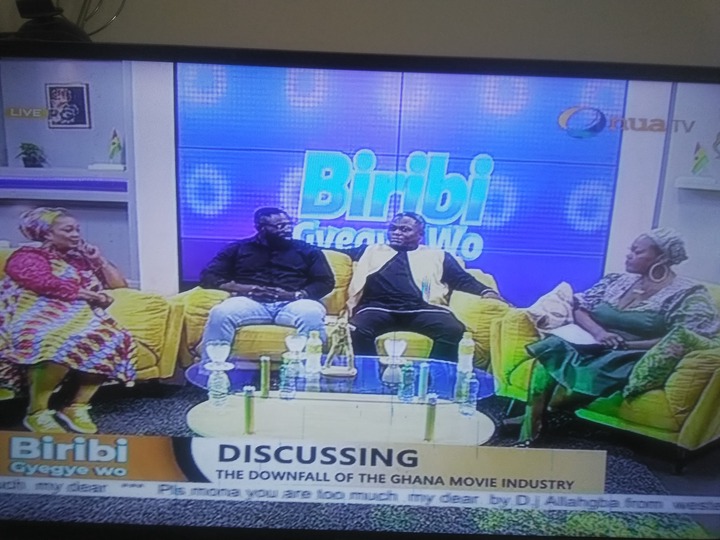 Another issue that he stated , was the limitation of number of seats at the cinema due to covid 19 protocol. He mentioned that if he can not recover his investment at the cinema , there is no need in producing the movie . Kofi Asamoah has advised movie producers to do their profitability analysis before they even venture in movie production. He added that more research into the needs of the movie market must be done at the cinema even before the production is started.