By OGENRAL (self media writer) | 1 month ago 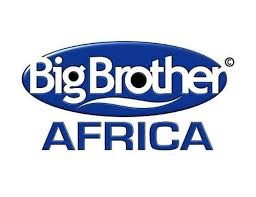 The first eviction was a disqualification of Beauty Etsanyi Tukura, a 24-years-old lawyer who had already been given a first strike by Big Brother for being verbally aggressive towards her fellow housemate called Ilebaye during their first week’s saturday night party.

Her second misconduct was throwing her wig and glasses at another housemate called Groovy after last saturday night party.

She collected a double strike for her actions which makes it three and in the rules and regulations of Big Brother, when you are given three strikes, then it amounts to disqualification.

Beauty and Groovy had some sort of relationship in Biggie's house and she got furious after seeing Groovy dance with another housemate called Chomzy.

Last Sunday, during the live eviction show, Biggie introduced a new twist by introducing two new sets of housemates who are called the ‘Riders’.

Their task is to partake in every aspect of the game till the very last day but can’t win the grand prize.

The two riders are Chizzy and Rachel

Housemates that were disqualified in the past

The last housemate who got disqualified during the Lockdown edition in 2020 was Erica Ngodzi Nlewedem.

Others who were disqualified from different seasons in the show was  Tacha  2019.

Content created and supplied by: OGENRAL (via Opera News )