By Brukumkwabenaisaac (self meida writer) | 17 days 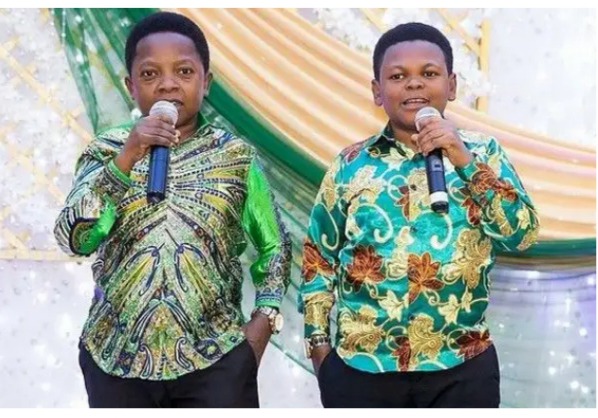 I have updated this to remind you about this two popular actors in Nigeria.

Osita Iheme, MFR (born 20th February, 1982) is a Nigerian actor. He is widely known for playing the role of Pawpaw in the film Aki na Ukwa alongside Chinedu Ikedieze. Osita Iheme is the founder of Inspired Movement Africa which he founded to inspire, motivate and stimulate the minds of young Nigerians and Africans. In 2007, Iheme received the Lifetime Achievement Award at the African Movie Academy Awards.[1] He is considered to be one of Nigeria's most famous actors.[2] In 2011, Osita Iheme was honored as a Member of the Order of the Federal Republic (MFR) by President Goodluck Jonathan.[3]

Chinedu Ikedieze, MFR[1][2] (born 12 December, 1977) is a Nigerian actor, entrepreneur and serial investor. He is best known for playing alongside Osita Iheme in majority of the movies after their breakthrough as duo in the 2002 film Aki na Ukwa.[3] He has featured in over 150 films in a career spanning over 20 years. He has acted in the role of a kid in most of his films during his early career due to his stature and physical appearance. He is known as Aki for his performance in the film Aki na Ukwa. In 2011, he married fashion designer Nneoma Nwaijah and the couple had their first child in 2012.[4]

Looking at their height, most societies would have called them demonic but they are real human beings with families. I think their story will impact us and make us strong.

Content created and supplied by: Brukumkwabenaisaac (via Opera News )