By KofiLegit (self meida writer) | 18 days

Following the recent heartbreaking story that has virtually gone viral, across all social media platforms, where a female internet Comedienne has reportedly died few hours ago, after being affected by Cardiac arrest, Finally more truth Surrounding the death of "Late Mercy Cynthia" death has surfaced online.

According to some information gathered early by one of her close friends who choose to remain anonymous reveals that, before the sudden death of "late Mercy Cynthia" who is also known as "Ada Jesus", she failed to seek for forgiveness in the hands of people she offended. 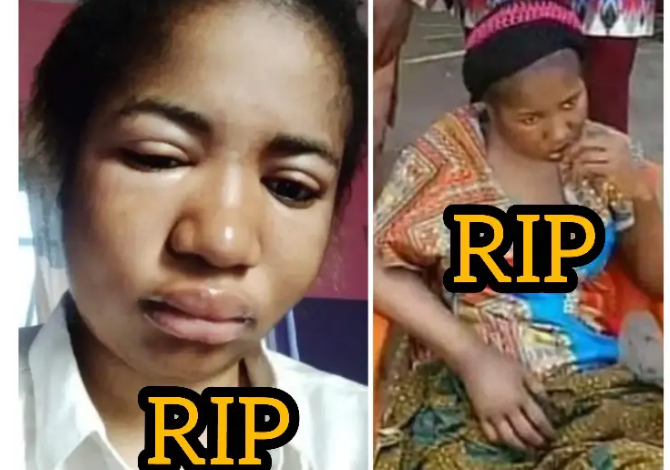 However, it was gathered that the reliable source stated that, some persons think that she died as a result of the fact that she failed to seek for forgiveness, in the hands of all the people she wronged, but that was not true. Adding that the internet Comedienne was diagnosed with both Breast cancer and liver cancer, which damaged her kidneys.

In her statement she stated that:

"Before the demise of "Ada Jesus, she was in a severe pain. And after the diagnosis which was sent to India, it was confirmed by the Medical doctors that her sickness has gone far beyond treatment, because her case was a terminal disease such as Breast cancer and liver cancer"

"Some years back, "Ada Jesus" was said to have suffered Breast lump, which she underwent the surgery and had it removed, but she failed to go for the Laboratory for a test, which is called "histology" in medical terms. If she had took precautions by taking measures against the cancer, by adhering to cancer medication called "Chemotherapy" to eradicate it immediately, it would have prevented it from spreading across to other organs of her body. The cancer then spread to all her liver, which damaged her Kidneys", She Said.

May the Gentle Soul of "Late Mercy Cynthia" Rest in Peace

Eat this particular plant to protect your brain as you grow.