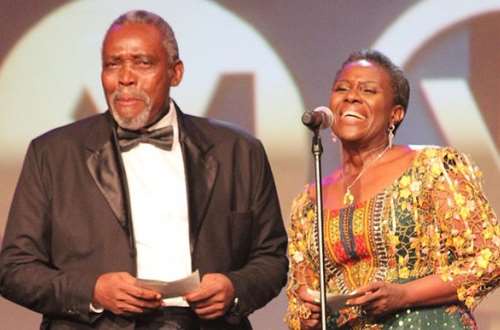 Oludotun Baiyewu Jacobs, the Nigerian film producer and renowned actor, whose career spans more than five decades, belongs to that group of elders representing the best of Nigeria. He was recently presented with the lifetime achievement award at the Africa International Film Festival. Jacobs is one of those who made good use of their skills to pursue a worthy career, benefiting their society and country.

Born on 11 July 1942 to Yoruba parents from Egba Alake, Abeokuta, Jacobs spent his early childhood in Kano. His Nigerian identity is captured by his words in the film Oloibiri (2015), “We are one people.” Now a dual Nigerian-British national, Jacobs has become a citizen of the world.

Jacobs' acting talent showed up early. In secondary school, he joined debating and drama societies, trying out on stage and building his craft. This interest was later confirmed after he discovered Chief Hubert Ogunde , the Nigerian actor, playwright, theatre manager and musician who founded the first contemporary professional theatrical company in Nigeria. Jacobs attended one of Ogunde's annual concert parties in Kano and became convinced of his path.

Like the best of his contemporaries – at a time when Nigerian universities could not offer many options – he pursued his higher education abroad. In 1964, Jacobs travelled to Britain to study. He took up a spot at the Royal Academy of Dramatic Arts in London, studying acting. He returned home in 1980, just like many other Nigerians looking to develop their home societies, to enrich the federation and encourage young talents to find local success. 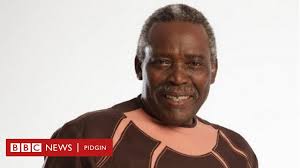 Jacobs' career had a highly focused and fruitful trajectory: he made his mark in innovation and mentoring, both in theatre arts and in Nigeria's movie industry. Jacob also worked with various repertoire theatres in Britain and Ireland and starred in several British television series and international movies. Cinema wasn't just work for Jacobs, it was life itself. In 1989 he married Joke Silva , a veteran actor and a graduate of the University of Lagos and the Webber Douglas Academy of Dramatic Art in London.

In 2007, Jacobs won the African Movie Academy Award for Best Actor in a Leading Role in Dancing Heart . In recognition of his immense contribution to Nigerian cinema, Jacobs was also awarded the Nigerian national honours, as Member of the Order of the Federal Republic, in 2011. A multi-award winning actor and producer, he has been hailed by many as one of the greatest and most widely respected African actors of his generation. He is considered a bridge between the old and new breed of actors, paving the way for much emerging talent in the industry.

His company, the Lufodo group, opened in 1985 and now trains movie practitioners in acting, producing, directing, script-writing, photography and other film-related careers. He became one of the pioneers of Nollywood, acting as a father, an elder or a politician in more than 120 films, notably Oloibiri (2015) and The Royal Hibiscus Hotel (2017) in which his lead role successfully brought to the fore valued messages on national issues. 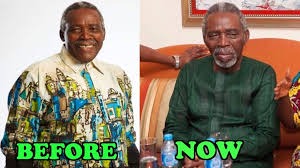 One of Jacob's most defining performances was in Oloibiri. With a script that runs close to the Nigerian reality, the film was a perfect fit for a man who has constantly demonstrated his commitment to his people. The movie focuses on Oloibiri, a southern Nigerian village devastated by oil exploration and exploitation in the Niger Delta. It starts with a text that appears on the screen and roots the film in the history of the Delta:

In 1956, oil was discovered in Oloibiri, Nigeria.

From the beginning, Oloibiri confronts us with the dangers in the region. A man discovered in possession of money and ammunition is summarily shot dead on the road by rebels acting on behalf of the villagers. His vehicle is also set on fire. The second scene introduces us to the two central characters who will clash about the solution to stop the violence and corruption in the area: the leader of the rebels, called “Gunpowder”, and the elder Timipre Dobrat, played by Jacobs. Timipre, traumatised by 50 years of powerlessly suffering from environmental degradation, and torn by the loss of his wife who died after drinking polluted water, laments:

The Nollywood character bears some resemblance to Jacobs. After trying to warn the other elders of the serious consequences of oil drilling, he too emigrates to Britain. Returning some ten years later, in 1978, he can see the damage and losses he had envisaged. Eventually Gunpowder and Timipre strike a deal to force the oil company to clean up the area.

Oloibiri triggered a new reflection on the Niger Delta's crisis. During its 2016 movie screening event in Abuja, the Nigerian minister of environment commented that the film “emphasizes that in its response to problems, violence has never succeeded in replacing diplomacy”.

This beautiful movie is a tribute to Olu Jacobs' lifetime endeavour to improve his society. It's a film celebrated by Nollywood and all Nigerians, as the industry recognises his leadership and continuous influence.

Françoise Ugochukwu does not work for, consult, own shares in or receive funding from any company or organization that would benefit from this article, and has disclosed no relevant affiliations beyond their academic appointment.

Freedom Jacob Finally Explains Why He Has Two Tigers In His House In Ghana, Read Details

I Will Honestly Tell You That We Will Lose if Elections Are Organised Today - Top MP Boldly Reveals.