Must Watch: I Have Been Pregnant For 45 years | A 70-year-old Woman Tells Her Sad Story. 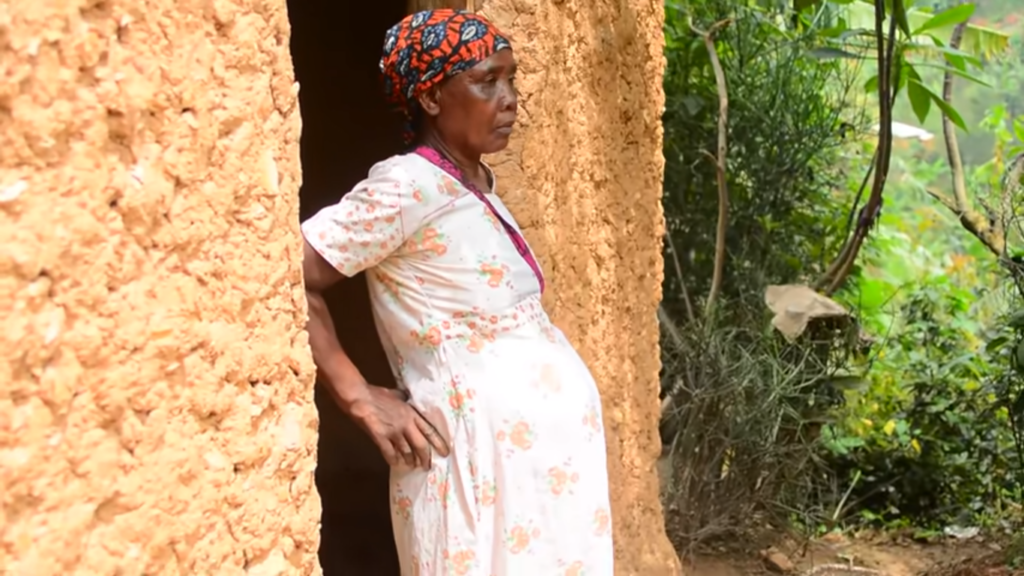 Day after day, the hair standing stories of innocent people within our society keep increasing. This is a result of the frustration that comes in life when one realizes he or she is failing. The wisdom to discern between good and bad is in us but the ability to plan evil towards a loved one is bewitchment. In today’s article, I will be writing about a 70-year-old woman who has been pregnant for 45 years divorcing her husband. She died and spent one week in the mortuary and came back to life.

According to this woman, she has been pregnant since 1977. She got married to her first husband and got pregnant. He always came home drunk and abused her in many forms. Looking at her severe level of abuse, she decided to leave the marriage. By then, she was 7 months pregnant. Her husband told her that since she has decided to leave she will no longer bear the child. She responded to him that she would live peacefully than die in his hands.

She packed her things to her grandmother’s place and in those days, the baby in her womb had stopped moving around the uterus. Her husband came to her and begged her to return but she answered a big no because she did not want to risk her life again. Whiles at her grandmother’s place, she got married to her second husband. Everything was okay for her since the second husband did not have any of the characters of the first one. The second husband told her not to worry about children because he has children. The only thing he needs is someone who would take good care of his family.

She said, her second husband always cared about her and made her feel special. That is where she started feeling the advantage of marriage because she had in mind that marriage was useless. For over a year, she was still pregnant and her husband would always come to her while on the farm working then told her to go and rest. He told her that he would not spit her from his chest because she cannot produce a child. He would raise the children he already has and live happy without needing anything.

A few years after, her husband who was everything to her died. He was a Christian who introduced me to the fellowship of Christ. She became born again and got baptized in water. Whenever she spends days fasting, she can hear some kicks inside my womb and wonder whether she will produce that baby. Sometimes, people tell her that it is no longer a baby in her womb but an animal.

Recently, she went to the hospital to take a scan and the result confirmed that she is pregnant but the baby has stopped growing. The doctors told her that it is that thing in her womb that will take her life if not treated. She attributed the scan results to her first husband who bewitched her after their divorce.

A few years ago, she started feeling so much pain in her belly and was taken to the hospital. She thought she was going to deliver. The doctors gave her some milk and injections and to the surprise of everyone, she could no longer breathe and died. She was taken to the mortuary and go God be the glory, she resurrected on Wednesday after dying on Thursday. She spent the whole week at the mortuary without food nor anything. It was God who saved my life, she said. 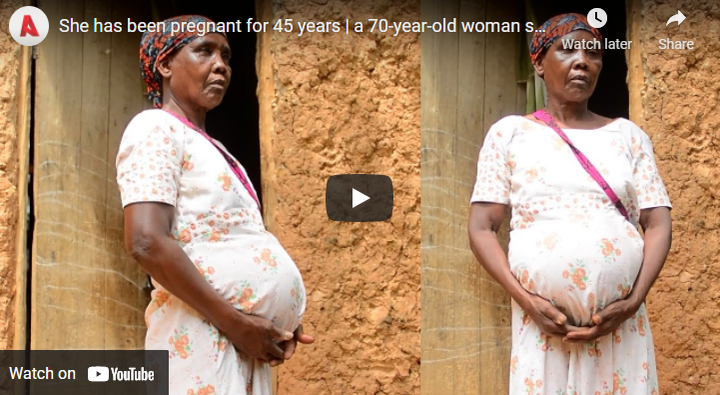