By AJArthurOpare (self media writer) | 2 months ago 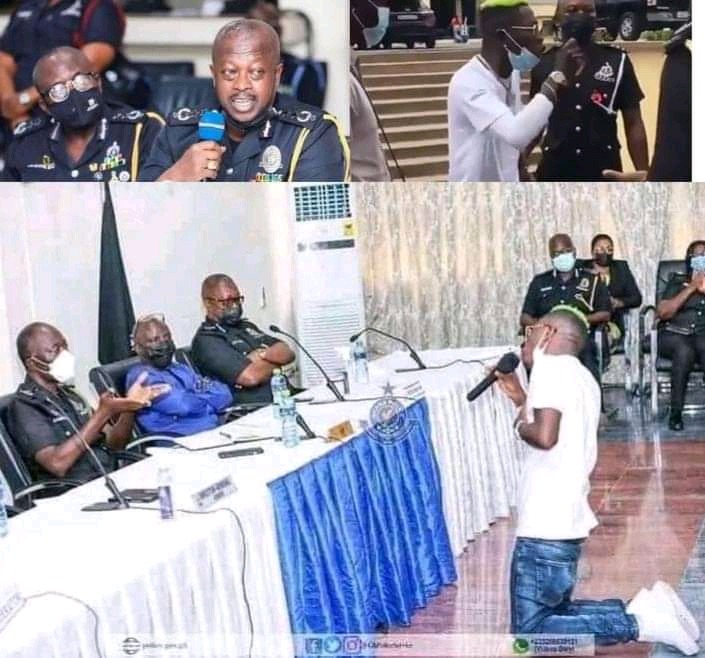 Ghana's talanted and creative Dance Hall Musician, Shatta Wale formally known as Bandana, has over the years tagged himself as a gangster and the king of the street.

Shatta Wale, ever since he returned to the Ghana Music scene in 2013, has been involved in soo many controversies.

Latest of these controversies, was his fake shooting incidence that plunged Ghanaians into the state of fear and panic.

It could be remembered that, the Ghana Police Service, on the 18th of October 2021, announced the widely circulated and speculated news about the alleged gunshot-attack on Charles Nii Armah Mensah.

This incident led Shatta Wale to be remanded in Prison custody at Ankaful in Cape Coast, after the Police discovered the whole shooting saga was fake.

Shatta Wale who has being touting himself as the king of the 'street' spent a whole week in prison custody in the capital of Central Region of Ghana after he was denied bail.

Just three days ago, when the Inspector General of Police, George Akuffo Dampare met the stakeholders in the Creative Arts and Entertainment sector to deliberate about the security and copyright issues and indiscipline and misconduct affecting the industry, Shatta Wale found himself again in another controversy.

Charles Nii Armah Mensah, who was found recording the discussion on his phone was asked to stop by one of the police officers flared- up and walked out of the meeting room.

This is because, the musician said he felt disrespected.

However, after it was explained to him that, it was a given order that no one should record the proceedings, he came back to apologize to the IGP, COP Kofi Boakye and other senior police officers.

Later, when pictures and videos of Shatta Wale walking out of the meeting and later apologizing to the IGP and his team popped up on social media, most Ghanaians have reacted with some praising the self acclaimed dance hall king for showing humility.

Most Ghanaians too have teased the Artiste saying that after touting himself as king of the street and fearless gangster, he is now kowtowing and Kneeling for mercy and sympathy.

Some Ghanaians are saying Shatta Wale has now 'met his meter'. 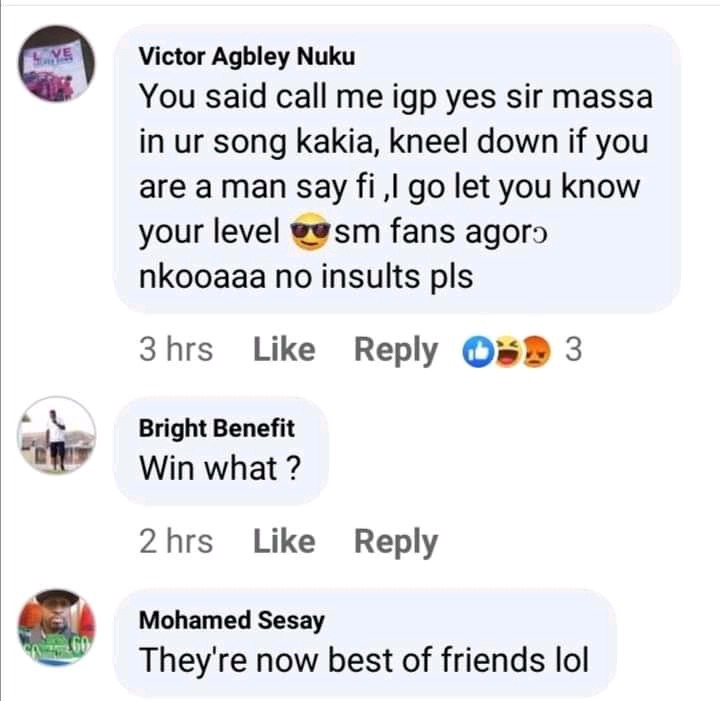 Below are some of the reactions: 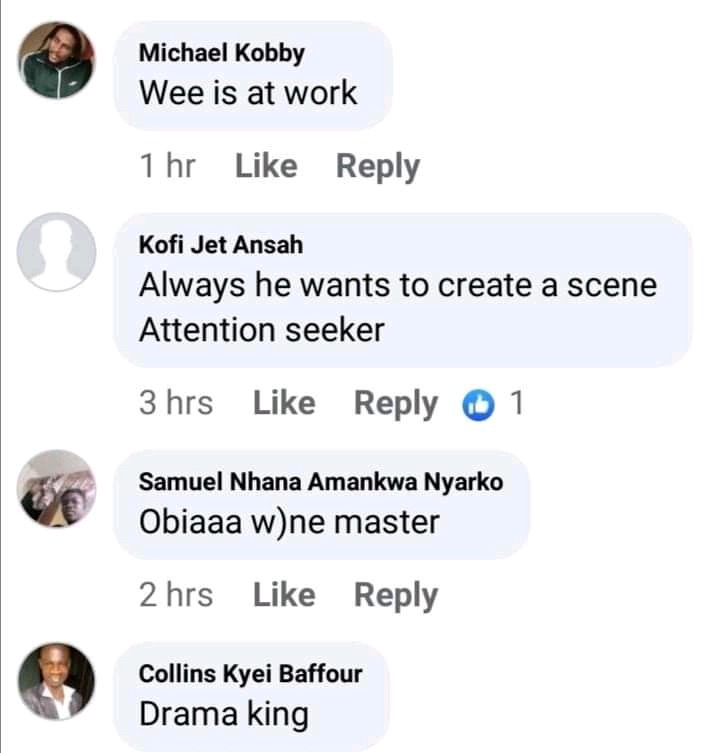 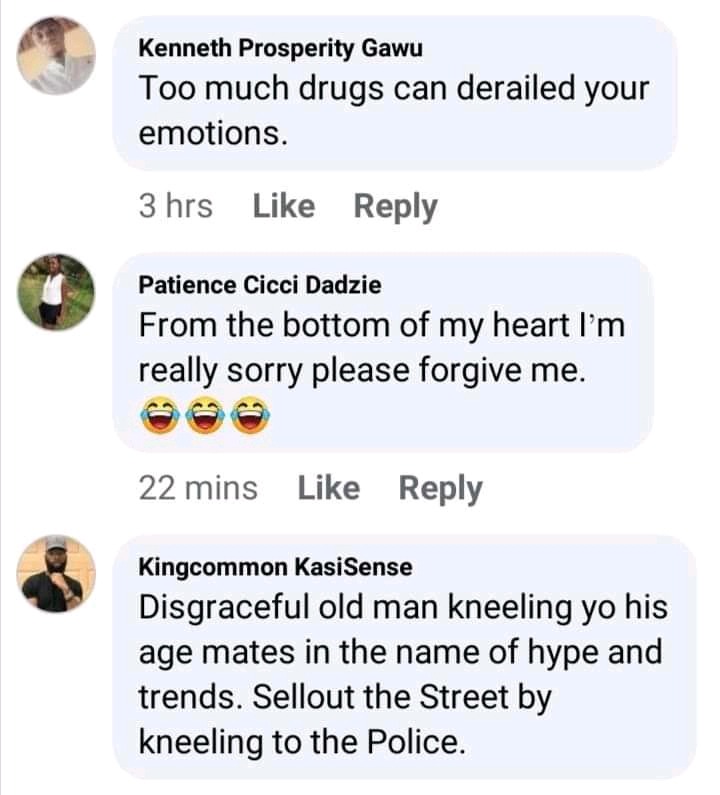 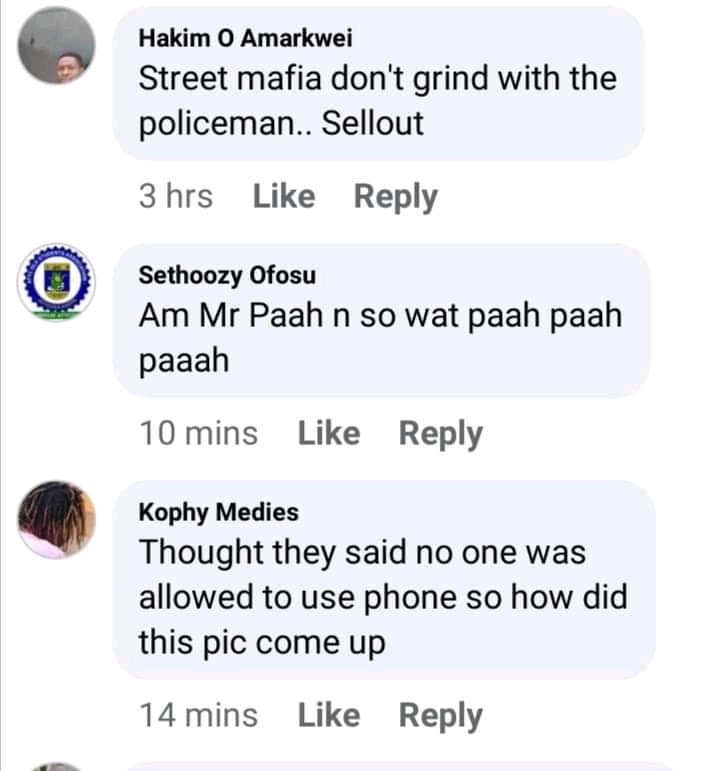