By EllenRichie (self media writer) | 1 year ago 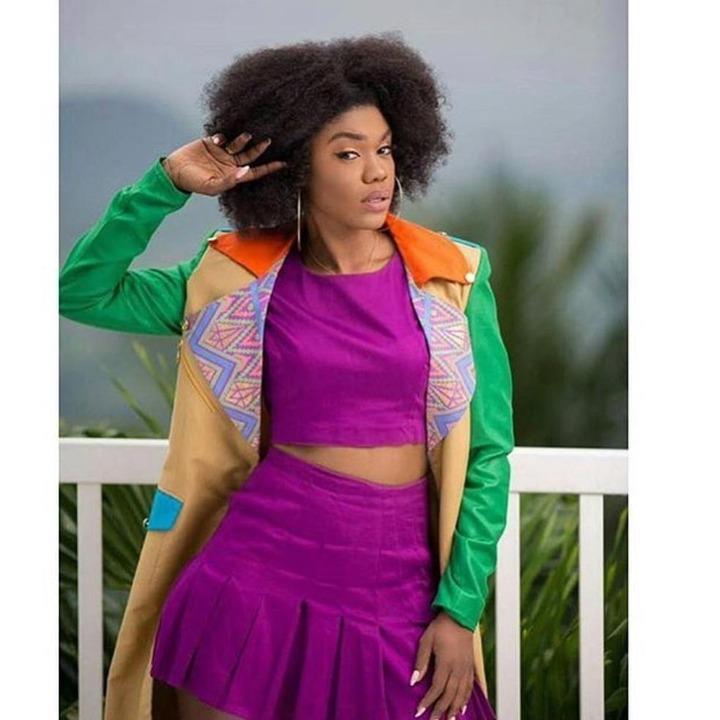 The number of Reality shows increased ten years ago between the year 2006 – 2012. Ghanaians saw the likes of Project Fame, TV3 Mentor, Stars of the Future , Vodafone Icons, among others.

These celebrities had to go for auditions, made it to finals and eventually won first, second and third place. Some made it to the finals only but got evicted along the way.

EFYA – Efya is a Ghanaian singer. An exceptional one at that with great vocal abilities and an incredible stage performing abilities. She started music through a music reality show called ‘stars of the future’ in which she came second place in the finale. After the reality show, Efya joined a group with the winner Irene Logan but later they separated and she became a solo artist. It has been hits after hits, awards upon awards ever since. Efya has won ‘best vocalist of the year’ four times at the Vodafone Ghana Music Awards.

BECCA – Becca first started her music journey on TV3 Music Music. TV3 Music Music was a music reality show in Ghana, the most popular one during those days. Becca made it through to the finals until later that she evicted herself from the show. Rebecca Acheampong has been phenomenal in her journey as a musician. She is one of the best female Ghanaian musicians in the country. She has performed on several local and international platforms and she has wo several awards to her credit.

KAAKIE – Kaakie was a reggae/dancehall arstiste from Samini’s label called the ‘HighGrade Family’. Kaakie was first seen on Stars of the Future music reality show. She emerged the second runner up. Later, Kaakie was discovered by one of Ghana’s prolific musicians Samini. Samini trained Kaakie and she became the first female reggae-dancehall artist in Ghana to have reached the highest pedestal when it comes to music. Kaakie is also professional nurse. She has quit music for now and concentrating on her married life and nursing career.

KUAMI EUGENE – is the current VGMA artist of the year. Kuami Eugene became famous through a music reality show called         . After emerging as a first runner up, one of the judges, the CEO of Lynx Entertainment signed Kuami Eugene until his record label n 2017. Kuami ever since he was signed has released hits upon hits and he just recently emerged as winner of the 2020 Vodafone Ghana Music Awards.

KIDI – Kidi is Kuami Eugene’s label mate. Kidi also became famous through MTN Project Fame. Kidi emerged as winner and later got signed unto Lynx Entertainment. It has been success afterwards. Kidi is now one of the biggest artistes in Ghana at the moment.

Content created and supplied by: EllenRichie (via Opera News )