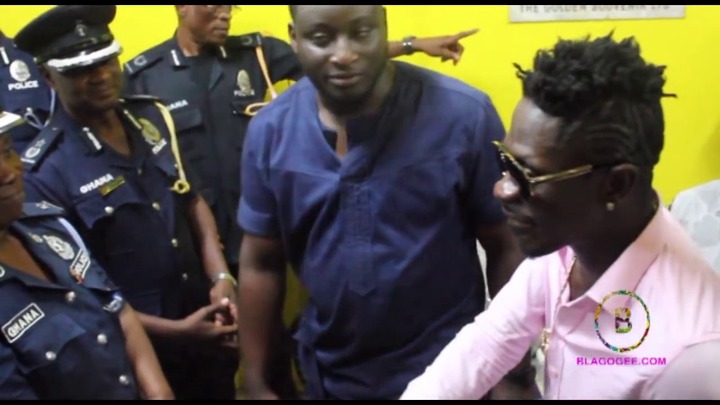 Charles Nii Armah Mensah, the Dancehall king has been granted bail after being in the Police custody since yesterday around 8.30pm when he wss reported to be at the Police Station to assist the Police with investigations.

His arrest or surrender to the Chambers of the Police came after he was reportedly shot at East Legon, an elite community in Accra.

The Police started investigating into he shooting incident but it appears there was no evidence that shows he (Shatta) was shot or sustained any gunshot wounds. But rather, a way of promoting his music or staying relevant in the music industry after a so-called prophet predicted this shooting days back.

Jesus Abrantie, a popular Pastor and Founder of a church here in Accra predicted the death of the 'king' on October 18; a doom's day prophecy that was met with mixed reactions. 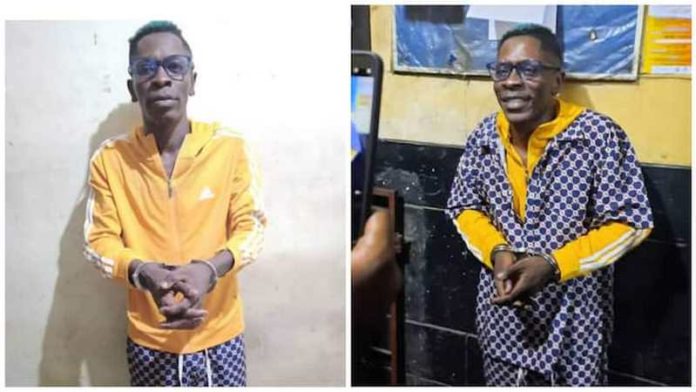 Fortonately on Shatta's behalf, no gun was shot at him on the said that. But rather, he is said to have staged the act after his closest allies staged the shooting incident and reported it on social media.

Shortly after that, the Ghana Police Service dispatched men to investigate into the issue. Finding out it was a hoax, he was called upon to come answer questions.

This is what led to him being seen in the Police custody and finally released today. The Police are of the view that, they are still investigating into the matter and this platform will keep all informed because we are closely monitorinf the case.

The Artiste was reported to have been in the grips of the Ghana Police Service almost 24hours ago and under the laws of the State, the maximum days he can spend in their custody is 24hours until Court gives the Police full access for him to stay at their premises for investigations to be conducted in to the matter or, be handed over to their sister security agency, the Ghana Prisons Service after his lawyers and that of the prosecutors have exhausted their debate st the court of law.