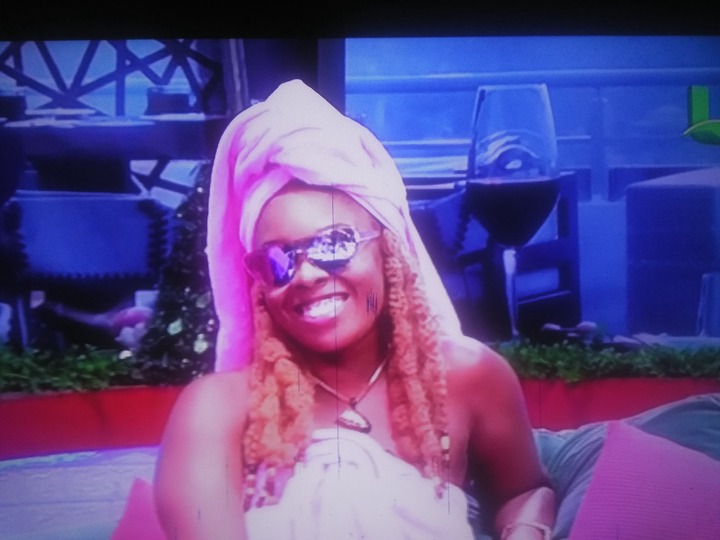 Kindly click on the follow button to receive more information on daily basis. Thank you for reading.

United Showbiz is one of the best entertainment shows on live TV and Nikki Samonas hosted A-plus, Bulldog, Feli Nuna, Logik and Coded on this weekend's edition.

The show started as a cordial discussion and the ghost appreciated the beautiful looks of all her panel members .

Feli Nuna, who was only covered in a colourful towel, was quiet through out the opening of the show . Aplus asked her why she came for the show in a towel but the panel members defended that she was promoting her song . Aplus appreciated her looks and told her how beautiful she had presented herself for the show .

During the discussions, Nikki Samonas asked Feli Nuna why she said in an interview on another TV Station that most male managers wanted to sleep with female musicians before supporting them and Nikki wanted a cogent reply .

Bulldog explained to her that due to temptations ,he would not accept to manage a female musician but this did not go well with Feli Nuna who had already felt offended.

Logik also told her that she should not find any thing wrong with such requests from these male managers because they were sacrificing their money to her even though she has a boy friend who would not sponsor her despite her talent and what Feli Nuna does for him.

All this while , Feli kept making some funny noises as if she was extremely angry and so A- plus stepped in to interact with her . This time , Aplus told Feli Nuna that she is a beautiful lady and so her boy friend should be ready to sponsor her and asked her what her boyfriend does for a living .

All panel members were disappointed in how Feli Nuna began to rant in the studios trying to criticise Aplus on the show and when she was asked to apologize to Aplus, she said she can apologise to her fans but not Aplus .

Bulldog expressed his surprise at how Feli Nuna was tarnishing her own brand because he felt that this could be the main reason why she is not getting sponsors , probably she was not a 'disciplined ' person.

Feli Nuna kept arguing with all the panel members despite the fact that they were all seniors in the industry and they also sincerely wanted to help her promote her career.

The question is that , was it needful for her to throw tantrums when jokes are said at her ? Was it not wrong for her to say that Aplus does not deserve an apology? Is she right to apologize to her fans instead of Aplus ? Do you think her attitude on the show can affect her brand . Kindly share your thoughts in the comment section.

Please do not hesitate to click on the +follow button to receive more tantalizing updates from JUKELAFRICA. Thank you for reading this piece of article.