By Maybach_news (self meida writer) | 13 days 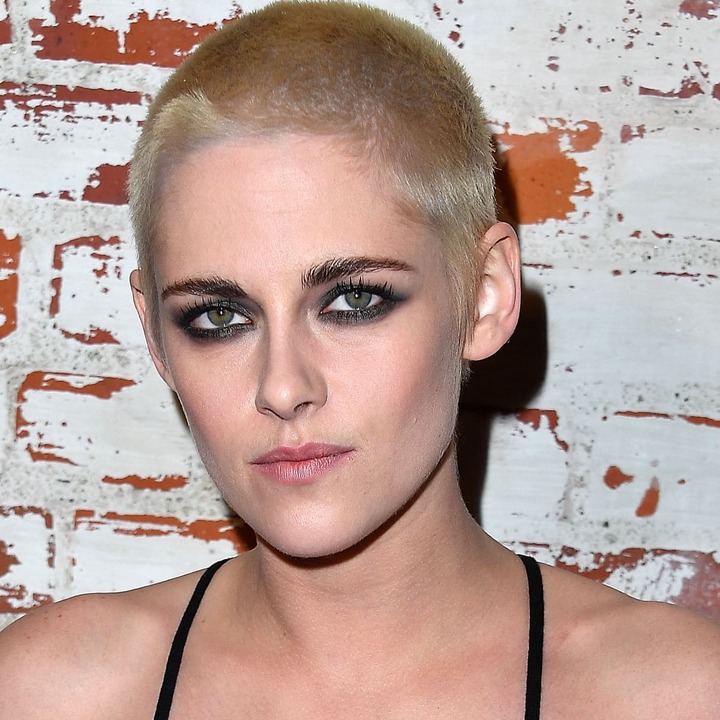 Kristen Jaymes Stewart (born April 9, 1990) is an American actress and filmmaker. The world's highest-paid actress in 2010 and 2012, she is the recipient of a BAFTA Award and a César Award, being the only American actress to win the latter. Born and raised in Los Angeles to parents who both worked in the entertainment industry, Kristen first gained notice at age 12 for her role as the daughter of Jodie Foster's character in David Fincher's thriller Panic Room (2002). She subsequently starred in Speak (2004), Catch That Kid (2004), Zathura: A Space Adventure (2005), and Into the Wild (2007). She rose to stardom for her lead role as Bella Swan in The Twilight Saga film series (2008–2012), which collectively grossed over $3.3 billion worldwide. In 2010, she was awarded the BAFTA Rising Star Award.

The actor, who identifies as bisexual in real life, said she endured a long struggle understanding her identity but is happy she was able to "articulate" who she is. 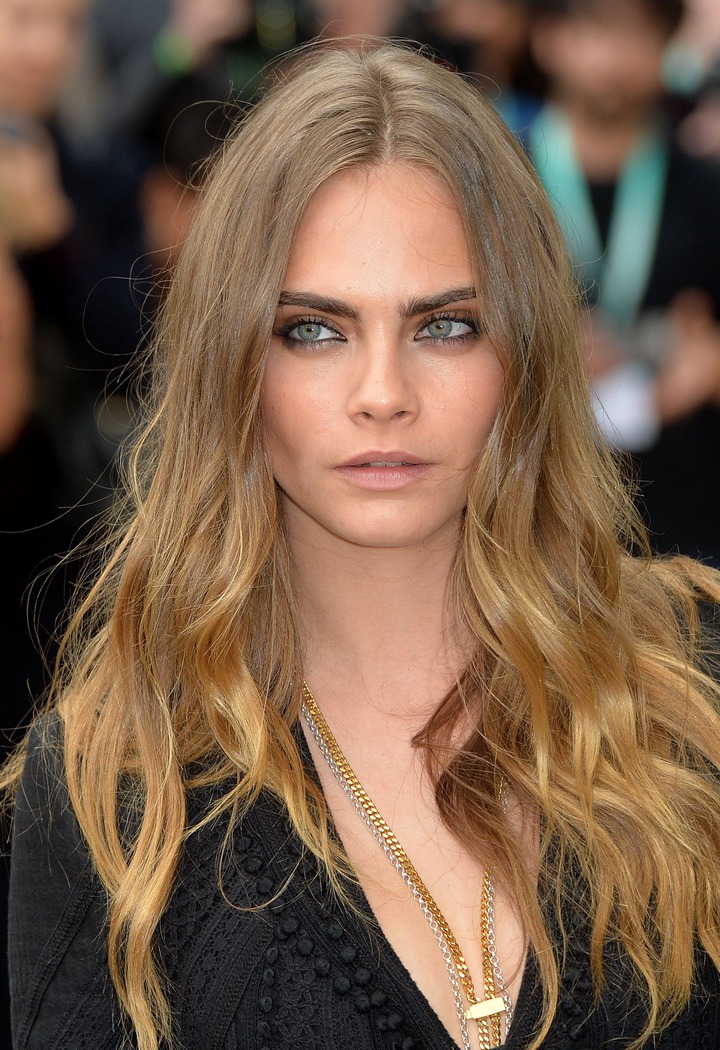 Cara Jocelyn Delevingne (born 12 August 1992) is an English model, actress, and singer. She signed with Storm Management after leaving school in 2009. Cara won Model of the Year at the British Fashion Awards in 2012 and 2014. In acting, her most notable roles include Margo Roth Spiegelman in the romantic mystery film Paper Towns (2015), the Enchantress in the comic book film Suicide Squad (2016), and Laureline in Luc Besson's Valerian and the City of a Thousand Planets (2017).

Delevingne has been freely speaking about her sexuality for years. She told The New York Times in 2015 that her "sexuality is not a phase," and later told People "every day, I change." She also explained it to Vogue in 2016: "It took me a long time to accept the idea [of being attracted to women] — until I first fell in love with a girl at 20 and recognized that I had to accept it.... We're all liquid. We change, we grow." 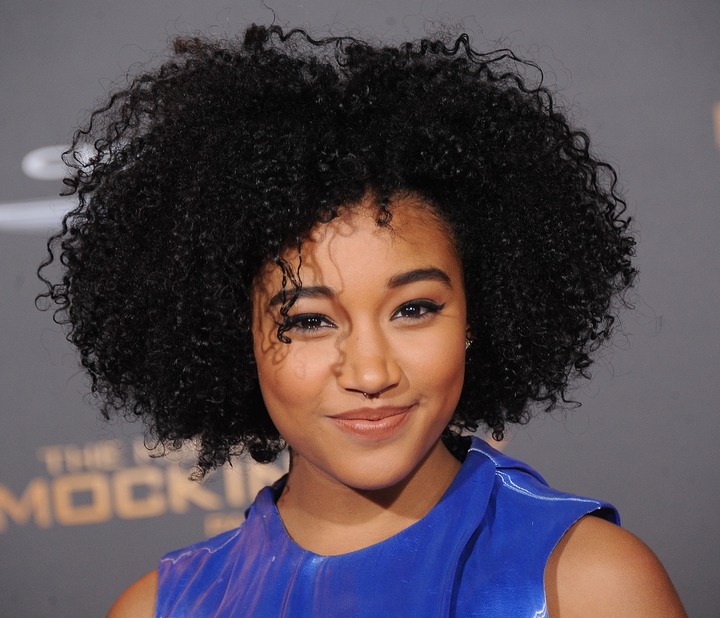 Amandla Stenberg (born October 23, 1998) is an American actress and singer. She is known for her acting and public image, She has received several accolades, and was included in Time's list of Most Influential Teens in both 2015 and 2016.

Amandla made her acting debut with the film, and had her breakthrough playing Rue in the film The Hunger Games (2012), for which she won a Teen Choice Award. She received critical acclaim for her roles as Maddy Whittier in Everything, Everything (2017) and as Starr Carter in the film The Hate U Give (2018), the latter of which earned her an NAACP Image Award and a nomination for a Critics' Choice Award. Her other film roles include voicing Bia in Rio 2 (2014), and her starring roles as Ruby in The Darkest Minds (2018) and Leyna in Where Hands Touch (2018).

She came out earlier on as being bisexual [being attracted to both men and women] but recently said she is full gay. 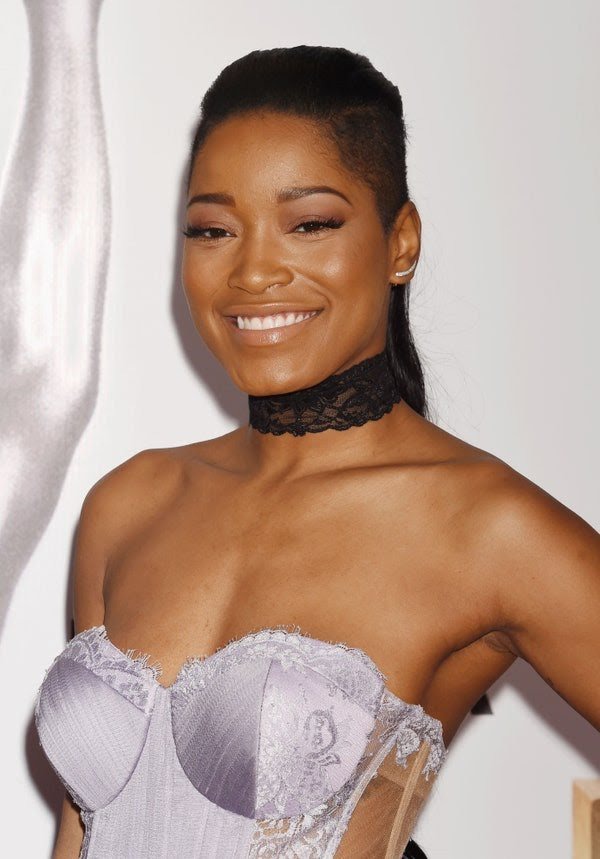 Lauren Keyana "Keke" Palmer (born August 26, 1993) is an American actress, singer, and television personality. Palmer made her acting debut in the film Barbershop 2: Back in Business (2004), and soon received recognition for her starring role in Akeelah and the Bee (2006), for which she won a Chicago Film Critics Association Award and a Young Artist Award. Her career progressed with roles in the films Madea's Family Reunion (2006), The Longshots (2008), and Shrink (2009), as well as the television films The Wool Cap (2004) and Jump In! (2007), earning a Screen Actors Guild Award nomination for her performance in The Wool Cap.

Keke released her debut studio album, So Uncool, in 2007 through Atlantic Records. She received recognition for portraying the titular character in the sitcom True Jackson, VP (2008–2011), for which she won four NAACP Image Awards and two BET Awards. She also voiced Aisha in the Nickelodeon revival of Winx Club (2011–2015), for which she received another NAACP Image Award nomination. Palmer has since continued her work in television, including the horror comedy series Scream Queens (2015–2016)and the slasher series Scream (2019), as well as films such as Rags (2012), Joyful Noise (2012), and Ice Age: Continental Drift (2012), Animal (2014), and Hustlers (2019).

“I don’t feel the need to define nothing’ to nobody, because I’m always changing. Why say that I’m this or that when I might not be tomorrow?” she says. “I’m gonna follow my own feelings and my own heart." 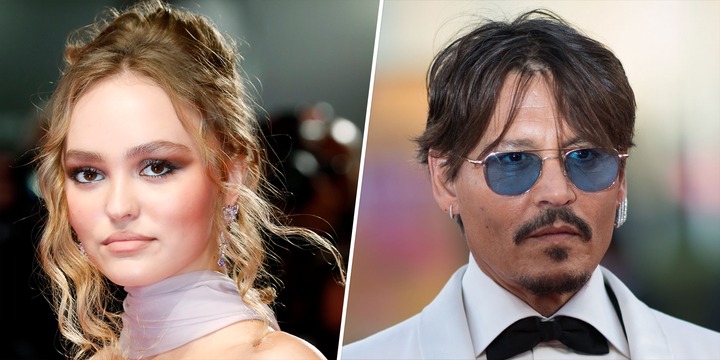 Lily-Rose Melody Depp (born 27 May 1999) is a French-American actress and model, born to parents Johnny Depp and Vanessa Paradis. She began her acting career with a small role in Tusk (2014), and went on to star in the period dramas The Dancer (2016), in which she played Isadora Duncan, Planetarium (2016), and The King (2019). Depp has been nominated for two César Awards for Most Promising Actress, for her performances in The Dancer and A Faithful Man (2018).

I’m saying it doesn’t matter. It’s not anybody’s business because I am going to date whoever I’m going to date. I was just saying, kids don’t need to label their sexualities. It’s not that big of a deal”.

She's the daughter of "Pirates of the Caribbean" star; Johnny Depp. 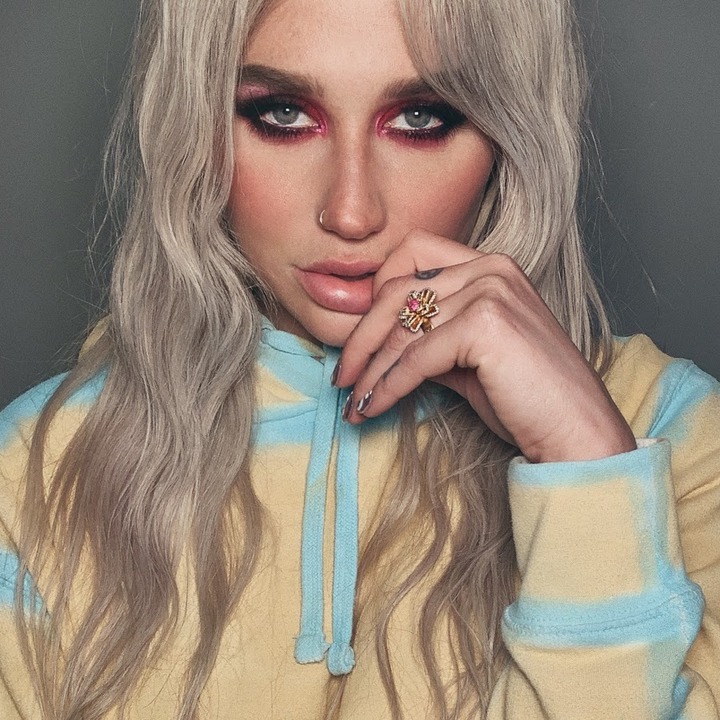 Kesha Rose Sebert (born March 1, 1987),usually known professionally as Kesha ( Ke$ha), is an American singer, songwriter, rapper, and actress. In 2005, at age 18, Kesha was signed to Kemosabe Records. Her first major success came in early 2009 after she was featured on American rapper Flo Rida's number-one single "Right Round".

Kesha's music and image propelled her to immediate success. She has earned two number-one albums on the US Billboard 200 with Animal (2010) and Rainbow (2017), and the top-ten records Warrior (2012) and High Road (2020). Kesha has attained ten top-ten singles on the US Billboard Hot 100, including "Tik Tok", "Blah Blah Blah", "Your Love Is My Drug", "Take It Off", "Blow", "Die Young", "My First Kiss" with 3OH!3, "We R Who We R", "Right Round" with Flo Rida, and "Timber" with Pitbull. The single "Tik Tok", at one point, was the best-selling digital single in history, selling over 14 million units internationally.

In 2013, Kesha reportedly sold over 33 million combined tracks and ringtones in the U.S alone and over 55 million worldwide to date. She was also listed as the 26th top artist on Billboard's decade end charts from 2010 to 2019. She has received several awards and nominations, including her win for the MTV Europe Music Award for Best New Act in 2010.

“I never hid [my bisexuality] from anybody. I never had a moment of feeling I had to come out about it,” she says.

“It was always there. I think I had a conversation with a gay magazine in the US and they just asked me, ‘Oh, are you bisexual?’ and I was like, ‘Obviously!’