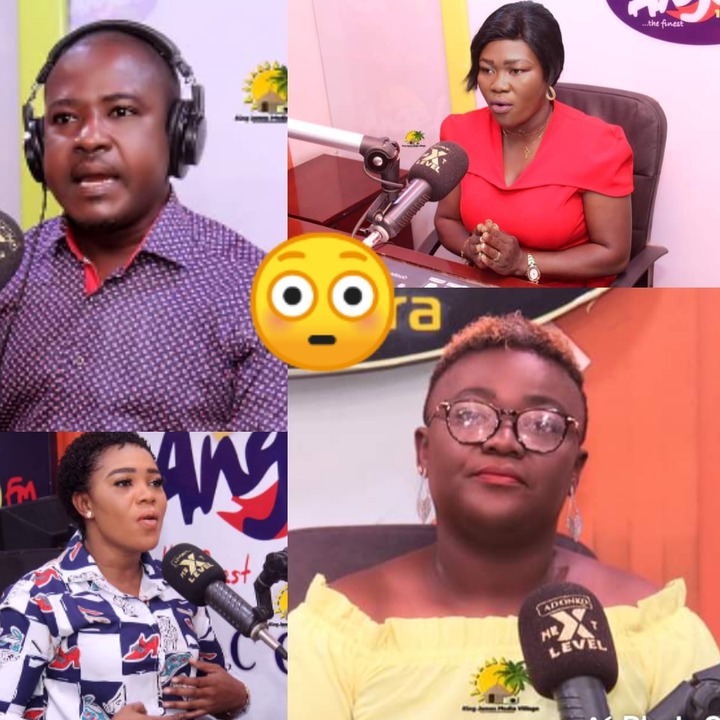 Angel TV morning show host Nana Yaa Brefo and Kwamena Sam Biney and the rest of the crew have landed themselves in trouble as they pleaded with the affected family to forgive and forget.

Confirming their ordeal on Live TV, Kwamena Sam Biney explained that, they have received a call from the family of a woman whose dead body was laid in state while frying gari. They called them to register their anger and displeasure.

According to him, the family is threatening legal action over how they showed pictures of their dead relative on live TV without permission.

Kwamena Sam Biney pleaded with them to forgive him, Yaa Brefo and the Anopa Bofo crew. He added that, the person who sent the pictures to them via WhatsApp claimed to be a family member and gave them the consent to show the images.

However, it appeared that he was lying. He wasn't a family member or extended relative.

Yesterday, Angel TV Anopa Bofo telecasted the Viral Picture of a Dead woman's body on TV. The dead woman was seen frying gari to the admiration of all. Yaa Brefo even hailed the decorator that the work is beautiful.

The family is not happy, Kwamena Sam Biney and Yaa Brefo says sorry.