Reactions on social media have been mixed after the award-winning UK rapper featured the Olympic sprint legend and the 'Special One' in his latest music video, just days after the Roma manager was sent off in his team's narrow Serie A loss to Napoli.

The 59-year-old Portuguese appeared in the video for the grime superstar's song Mel Made Me Do It.

The 10-minute video was released on YouTube on Thursday evening, and fans were taken aback when they saw the former Chelsea and Manchester United manager in it.

Mourinho appeared as Stormzy says the line: “I prefer not to speak like I’m Jose.”

The Special One's famous post-match conference quote then plays, with Mourinho's voice heard saying, "I prefer really not to speak." I'm in big trouble if I say anything."

Mourinho took to Instagram to discuss his appearance in the music video.

"Was great fun doing this cameo for Stormzy's new music video out today," he wrote alongside a photo of himself and Stormzy. "I had a fantastic time."

The AS Roma manager is regarded as one of the greatest football managers of all time, having produced some memorable moments during his illustrious career. 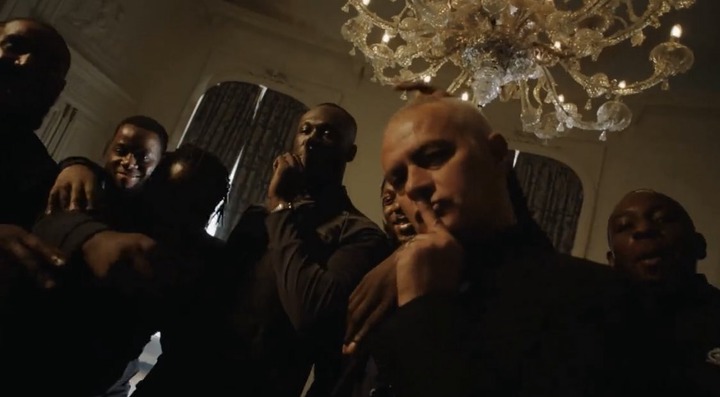 Mourinho makes his appearance just days after getting sent off for Roma in their 1-0 loss to Atalanta in Serie A just before the international break.

Along with the Special One, Olympic world record holder Usain Bolt was briefly visible in the video.

Usain Bolt, a legend of track and field, appeared in Stormzy's video.

The Jamaican sprinter, who has set and broken his own records multiple times throughout his career, is one of the greatest track athletes of all time and is still regarded as the fastest man alive.

Usain Bolt and Stormzy are both ardent Manchester United supporters, and the British superstar recently made an unexpected appearance on Sky Sports.