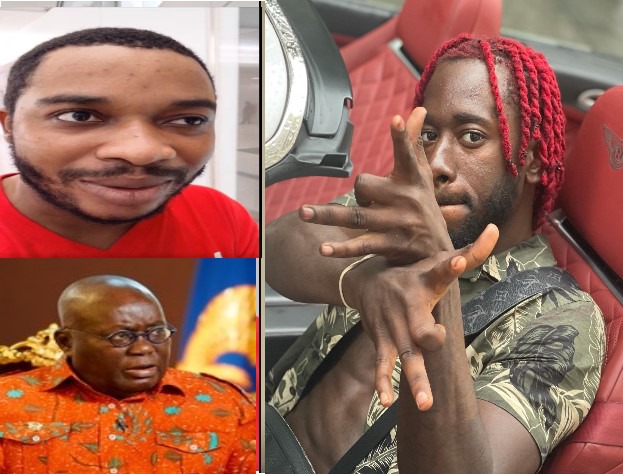 A trusted friend and partner to Twene Jonas' music production, Say Da Don has disclosed that the former has been out of touch over the past two days and that he is very much concerned. According to him, it is unlike Twene Jonas to have his phones not reachable let alone, be absent from his apartment in New York City.

Say Da Don, a Rapper in the US, is suspicious Twene Jonas is in danger and feels the President of Ghana, Nana Addo Dankwa Akufo Addo and the governing New Patriotic Party, should be responsible for it. In two consecutive posts on his Facebook page, Say Da Don issued an ultimatum to the Ghana government to produce his friend within two days. He threatened to storm Ghana to smoke out all persons responsible for Twene Jonas' unusual absence if the state fails to provide his friend.

Say Da Don disclosed that his colleagues have sent text messages to his number alleging Twene Jonas has been arrested by the US police. Though he finds it highly suspicious, he thinks President Akufo Addo owes him some answers about the whereabouts of Twene Jonas.

"I don't know what's going on. This is a very strange thing. I need you guys to tell me if you have Jonas or not. You have two days to let me know. If you guys don't do that, I am coming to Ghana myself.," he said in a video message. 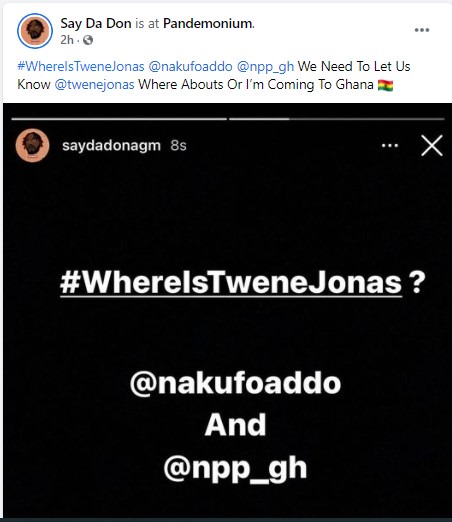 The last time Twene Jonas came live on social media with a post on Facebook was September 22 2021. Since then, there hasn't been any activity as expected of him in his usual rants with a 4-5 days interval.

Many fear his supposed arrest might have been triggered by Hopeson Adorye who went to the US recently to expose what Twene Jonas does, his illegal immigration status, and where he works on social media. Others also believe the loudmouth Twene Jonas is only hiding to avoid being arrested by the US police given that he is wanted as an illegal immigrant.