Popular Slay Queen Dies Because Of iPhone 7 Plus – Details

By NanaAmpaduKhelly (self media writer) | 7 months ago

This week, social media was flooded with reports about a gorgeous Ghanaian Slay Queen who died under unexplained circumstances.

According to initial accounts, the girl, named as Charlotte Abena Woodey, was slain spiritually after a competitor accused her of stealing her lover and invoking curses on her.

In an odd twist to the narrative, an unknown social media user claims that the late Slay Queen fell for the trap of a Sakawa boy who murdered her in order to get a new Benz.

According to the young man who revealed these discoveries through Facebook Live video, Woodey was highly concerned with worldly things, which is how she became stuck with an iPhone 7+, ultimately leading to her death.

Wodey was dancing in a vehicle with her alleged boyfriend, Governor Taju, a prominent Sakawa guy from Swedru, in a video that went viral following her murder.

And it is this iPhone that this young man who claims to know more about Woodey than Governor Taju accuses him of using to lure her to her death. 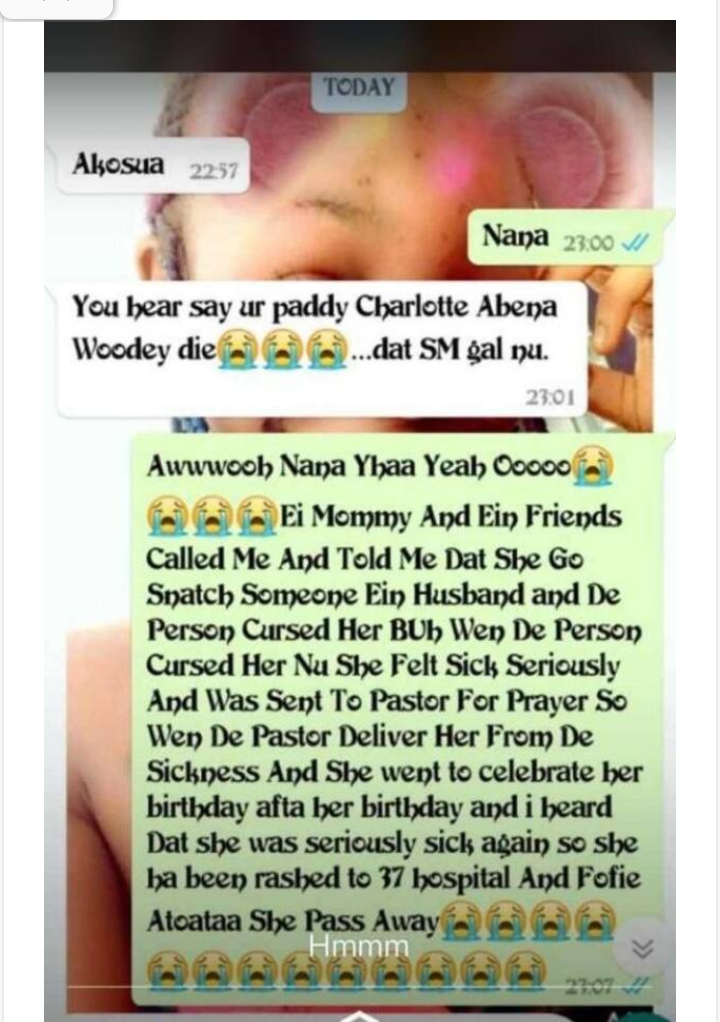