Prince David Osei on the LGBTQ once said, Leila Dzansi is not God"

By DonAlexis (self media writer) | 1 month ago 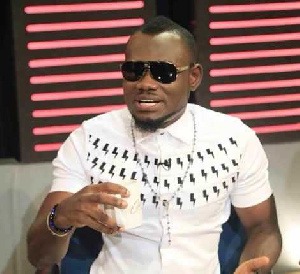 . David Osei claims he is unconcerned if Leila places him on a no-fly list.

Actor Prince David Osei has reacted angrily to a social media user who believes that his anti-LGBTQ views will cost him movie roles, particularly from Ghanaian filmmaker Leila Dzansi, who is based in the United States.

It's no secret that Leila has been a vocal supporter of the LGBTQ+ community in Ghana, as well as a vocal opponent of the anti-LGBTQ+ bill that seeks to criminalize homosexuality in the country.

On numerous occasions, Leila has been seen on social media aggressively promoting homosexual rights and against anti-LGBTQ+bill proponents like Sam Nartey George.

Prince David Osei, like other supporters of the measure, said that marriage, as God intended, is between a man and a woman, not two people of the same gender.

"God created Adam and Eve at the beginning, not Steve and Steve!! If you're gay, no one is rejecting your humanity. However, we are not allowed to act as though men are women and women are males. We won't change basic biology because it jeopardizes one's subjective identity as a gay person. For the first time in human history, a boy met a female! You can't change your gender or age with magic. You can't change your sex with a spell, either." It was written by Prince.

However, his assertion drew a retort from a social media user who said that his remarks will cost him opportunities.

"According to the source, Prince may never appear in any of Leila Dzansi's films because of his anti-gay remarks.

"Leila may never cast you in her films," stated the message.

"Who is she?" replied Prince Davide Osei.

Is she the Supreme Being? "Or she turned me into a celebrity," says the narrator.

Content created and supplied by: DonAlexis (via Opera News )