Anas’ Tiger Eye Is Involved In Criminal Activities; We Have The Evidence- Kwaku Annan

By Tinchie (self media writer) | 28 days ago 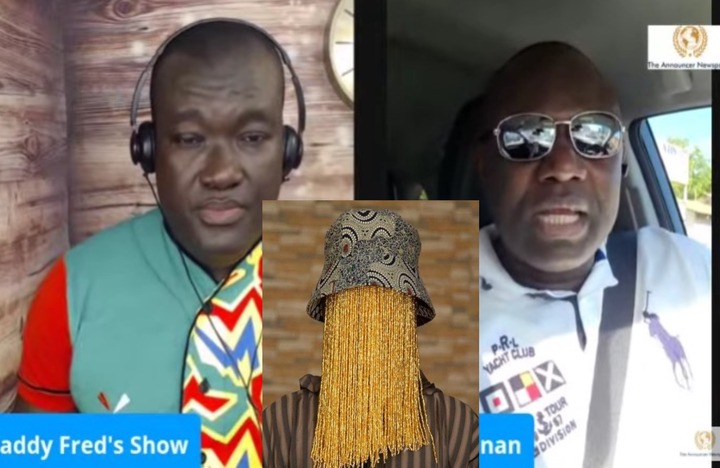 The feud between Anas Aremeyaw Anas’ with Kwaku Annan of NET2 Television has just been reactivated with a major accusation levelled against the former. Kwaku Annan who claims to be an investigative journalist says that Anas’ Tiger Eye P.I, the company behind most of the investigative documentaries, is simply a smokescreen for criminal activities perpetuated by Anas himself.

According to him, Tiger Eye P.I has been involved in terrible criminal cases much of which has been blackmailing and destroying people reputations for some personal and financial gains. He told Daddy Fred of the Announcer Newspaper that many have fallen victim to the Anas’ scheme of investigation.

He disclosed that there is substantial evidence in his possession to his claim and that would be provided anytime necessary.

“Anas’ Tiger Eye PI is involved in a lot of criminal activities. We have every evidence. We have more than enough of it, and all that they did was destroy people’s credibility.”

His comments come on the background of a call made by himself to the Inspector-General of Police, Dr. George Akuffo Dampare to initiate investigations into the unresolved murder of Ahmed Suale and the late Abuakwa North parliamentarian, J.B Danquah Adu. Kwaku Annan corrected that the public has been misled by Anas and his cohorts to believe that Ahmed Suale was a journalist and that his murder was tantamount to a threat to press freedom and security.

Mr. Annan explained that Ahmed Suale’s work with Tiger Eye P.I had nothing to do with journalism and as such, it is wrong for anyone to argue that he was a journalist. Albeit, he said the state owes it an obligation to investigate his murder and that of J.B Danquah so that those behind these crimes could be bought to book, and justice served for the families of the murdered.

He contended that it has taken the Police so much time to draw to a closure on these cases, a situation Mr. Annan added had fuelled misconception about the government’s disinterest in the matter. He noted that the plea made of the IGP is to reopen investigations into the case to address any doubt surrounding it.