By Syxtus Eshun (self media writer) | 4 months ago 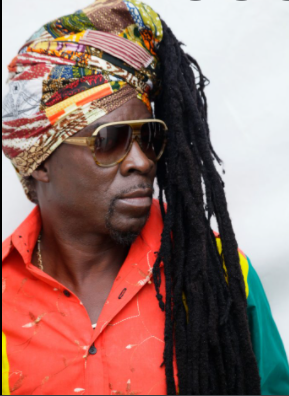 Multiple award winning Highlife musician Julius Kojo Antwi better known by his fans as Kojo Antwi has revealed an avenue government of the Republic of Ghana can tap to generate revenue to safe the country’s economy without introducing the controversial E -Levy.

According to Kojo Antwi, there are numerous of foreigners in the country, working at every corner of the country, claiming huge sums of money without paying taxes to government.

To him, it would be more beneficial for government to properly create a taxing system where all activities these foreigners can be proper regulated and taxed to save the country.

“Do you know the number of Togolese here in Ghana working on buildings without being taxed? We have ECOWA alright, and they can come here, but how do we tax them? Those buildings they work on them are not hidden; find a way for them to pay taxes. Because they charge huge amount”. Kojo said this in an interview on Asaase radio monitored by Syxtus Eshun.

The musician also went further to say that, it is not the right time for Parliament to pass the E – Levy bill adding that, “E - Levy is a bit of a big blow to some of us”.

The Electronic Transaction Levy was contained in the 2021 financial statement presented to Parliament by the Finance Minister, Ken Ofori-Atta.

The tax, according to government will attract 1.75 percent on mobile money transactions.

According to government, the proposed E – Levy will generate GHC 6.9 billion annually.

Meanwhile, some economists have said the levy will only add up to the already existing hardship in the country most especially amongst the poor.

The minority in Parliament on several occasions rejected the Levy in the house saying capital cannot be taxed or one item cannot be taxed twice since the telcos are already taxing the people.

Content created and supplied by: Syxtus Eshun (via Opera News )

I Don't Know If It's Part Of The Rituals - Nana Ansah Kwao Speaks.